Hydropower could double by 2050, say IEA and Brazilian government

Doubling global hydropower production could save as much as 3 billion tonnes of CO2, according to a new report by energy watchdog the IEA and the Brazilian Government.

Half of the global potential is in Asia. Africa has the most under-developed market so far with 92% of feasible sites unexploited. 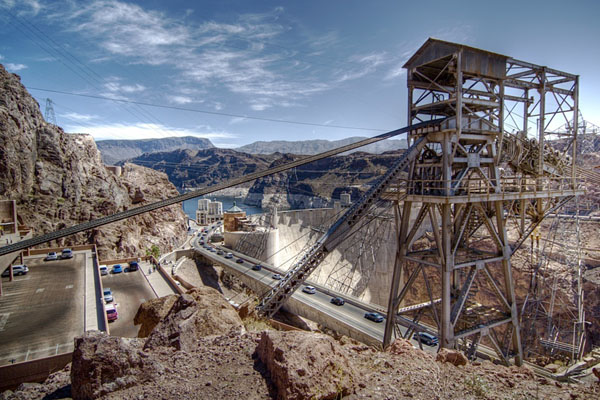 The Hoover Dam has contributed to water shortage issues in downstream US States as well as across the border in Mexico. (Source: Creative Commons/Wili Hybrid)

Hydropower is already the largest renewable energy source globally with four times more capacity than wind power, according to figures from the REN21 industry group.

Hydropower accounts for approximately 90% of Brazil’s electricity, so its support for more investment in this form of electricity generation is no surprise.

The government is currently investing in the multi-billion dollar Belo Monte dam project in the Amazon, despite heavy criticism from environmentalists and groups representing indigenous tribes.

This is not a problem unique to Brazil – campaign groups are active around the world in opposition to big hydropower projects in the basis of the forests, land and people that they displace.

“If the IEA wants to tackle climate change and poverty, it needs to stop fixating on large-scale projects that only benefit big investors, and instead re-read its own 2010 World Energy Outlook which calls for decentralised renewable energy that can be owned by communities,” said Pascoe Sabido, sustainable energy advisor with Friends of the Earth.

“The IEA is predicting big emissions reductions from doubling hydroelectricity, but all the recent science shows that’s not the case,” Sabido told RTCC.

“Large dams are far from a carbon neutral source of electricity when you take into account the flooded forests that were previously sucking carbon out of the atmosphere. As they decompose, they release large quantities of methane which recent reports show could be up to 50 times worse for the climate than carbon dioxide.”

Egypt depends almost entirely on the Nile for its water supplies and is currently in a dispute with Ethiopia over its proposal for a 6GW hydropower plant on the Nile.

Rio+20: Investing in Hydropower in Mozambique