Repeated attacks on climate scientists could lead to the true impacts of global warming being ignored in the next major international assessment scheduled for 2014.

Michael Mann, best known for being the author of the iconic hockey stick graph, says there is a concern among his peers that the next Intergovernmental Panel on Climate Change (IPCC) report will not fully reflect the current state of the climate.

Specifically Mann says sea level projections could be underestimated, leading to an unwarranted complacency on what may be one of the most damaging aspects of man-made climate change.

“The IPCC has reacted to these current attacks by at least to some extent, somewhat of a retreat, when it comes to key questions like sea level rise or projected sea level rise,” Mann told RTCC. 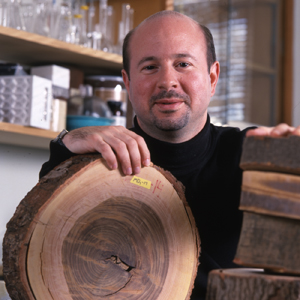 He says enough is known about the positive contribution of melting ice sheets to sea level rise to factor those into the report, but argues: “the IPCC in essence said ‘we can’t quantify that as well as we’d like to so we will leave it out’. That’s a one-sided uncertainty,”.

“By leaving it out you ensure the projections are too low, and so the IPCC was heavily criticised by a number of leading scientists.”

The Fourth Assessment Report (AR4) indicated that a 18-59 cm range of sea level rise on 1990s levels could occur by the end of the century, although analysis that factors in glacier melt result in higher estimates.

Mann also cites the rate of decline in Arctic summer sea ice as another example. AR4 predicted Arctic sea ice would ‘almost entirely’ disappear by the end of this century. This year’s collapse in summer sea ice at the Arctic suggests that this view was optimistic at best – a fact Mann is keen to take issue with.

“The rate of decline of Arctic sea ice is way ahead of what the models have projected – we’re literally decades ahead of what they projected,” he said. “And when you talk to sea ice modellers, and I think you’ll probably see this in the IPCC report, you’ll see them weighing in on the side of ‘we’re going to go with the models’, even though there’s some evidence they are under projecting the problem.”

The Pennsylvania State University scientist says he is a strong supporter of the IPCC and its chief Rajendra Pachauri, but fears that two decades of mud throwing may be taking its toll.

Former IPCC chairman Bob Watson has argued in the past that its credibility lies in taking a conservative approach – suggesting  a more strident tone would be a mistake. But Mann cites another leading climate scientist Kevin Trenberth, who said it had become “depressing” and predicted that the next report (AR5) will be “blander” than its predecessor.

Attacks on climate scientists show little sign of letting up in the run-up to AR5. As Mann outlines in his latest book, individuals that release papers or reports focusing on climate change are targeted and subjected to direct and often personal attacks questioning their integrity and motivation.

Mann himself has been the subject of a series of accusations since the publication of the hockey stick graph. These have persisted despite seven separate investigations clearing him of any academic wrongdoing.

Most recently he has taken legal action against a rightwing thinktank and a magazine for comparing him to the convicted sex offender and disgraced football coach Jerry Sandusky. The thinktank’s website later removed the offending lines.

Politically climate change in the USA is as toxic as it ever has been, despite the odd tweet from President Obama reassuring us that ‘It is not a hoax’.

Mann believes an Obama second term could signal a renewed effort to address the issue, but acknowledges that in the face of fossil fuel groups who are “paying tens of millions of dollars” to lobby against progressive measures, this would cost political capital: “If Romney wins it’s clear there will be no progress possible for at least four years”, he said.

The barrage of climate denial does seem to be claiming scalps in the USA – notably in the form of budgets for climate research. Extra funding for the National Oceanic and Atmospheric Administration’s climate service was blocked this year, while campaigns to extend the Keystone Pipeline and stop what Republican Congressman Fred Upton calls the “War on Coal” have further polarised the debate.

But while Mann appears undeterred, arguing that it is vital to “stand up for science when it is under cynical attack”, he says many fellow scientists are not willing to take the flak, a decision that could impact international climate policymaking in the long term.

“I am worried abut the effects of the attacks and the fear of being attacked,” he said.

“I see this with individual scientists, I know this is happening because I talk with colleagues – they are afraid to talk to the media, afraid to weigh in on the side of climate change being a problem, because they know they will immediately be the subject of attack from right-leaning websites, subject to a slew of orchestrated, angry and nasty emails and calls to departments calling on them to be fired”.