Conservation or carbon sinks: Can the UN see the forest for the trees?

Last week, as part of a fortnight of marathon negotiations in Hyderabad, India, CBD members convened in a bid to reconcile species conservation with the “carbon sink” approach.

How to value a forest? As a frontline of ongoing evolution, a complex, functioning network of interdependent species? Or as a collection of fungible trees, a “carbon sink” to mitigate the urgent threat of climate change?

The United Nations Organization has signed on to both views, through its UN Convention on Biological Diversity (CBD) and its Framework Convention on Climate Change (FCCC). Both conventions have the same 193 members, with the glaring exception of the United States, which has yet to sign the CBD.

The working group session on Climate Change in Hyderabad pitted the development agendas of the “global south” against the environmental concerns of the “north.”

To understand why forests are linked to the carbon market in the first place, you need look back to the 1990s, when the Cold War ended and the term ‘boy band’ was coined.

In 1997, under a treaty called the Kyoto Protocol, 193 countries committed to reduce their annual rate of emissions by 4% in comparison to 1990 standards. They gave themselves the goal of achieving this between 2008 and 2012. In 2007, they committed to a market scheme that might help them implement this.

The premise of the scheme is to put a “value” or price tag on the carbon held in trees in developing world countries. People and governments in the developed world then pay for “carbon offsets”, i.e. the forests left standing. 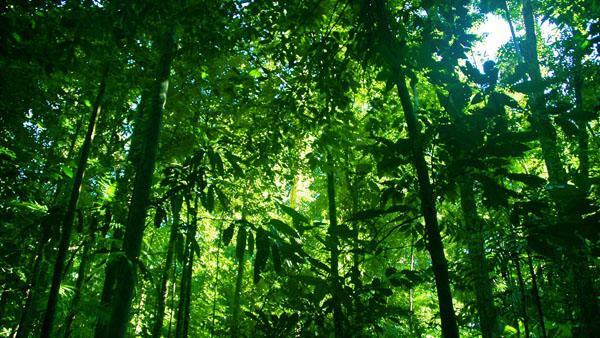 Forests play a key role supporting biodiversity and as carbon sink. Maximising both of these in tandem is a difficult balance to achieve. (Source: Flickr/tauntingpanda)

Conservationists say that there is a perverse incentive in basing these rewards on sheer tree tallies or tonnage of carbon sequestered. Diverse forests can all-too-readily give way to vast plantation swaths, mono-cropped to high-value carbon-absorbing trees like eucalyptus or rubber.

That helps burnish the macroeconomic bottom line for developing countries and agribusiness, Finnish delegate Heikki Toivonen concedes. But it does little to incorporate “the view point of biodiversity or that of indigenous and local communities who are very much dependent on the ecosystem of these REDD areas,” says Toivonen.

After a numbing 12 straight hours in windowless hotel conference rooms negotiating nuances of the CBD declaration’s language, Toivonen grabs his bird-watching binoculars for a stroll around the cyan blue lake outside the Hyderabad convention centre, “just to remind myself what it is that we’re in there talking about”.

He relates that one morning here, he managed to spot drongos, some kites and a couple of egrets – species unseen in his Baltic homeland. He marvels at the rich tropical bird-life.

But such riches can also be a “curse” according to a Brazilian government delegate (who declined to be named due to the “sensitivity” of the negotiations). He notes the cruel irony that the most tropically biodiverse countries are often also the poorest, where over-concern from abroad for threatened species only impedes urgently needed economic development. 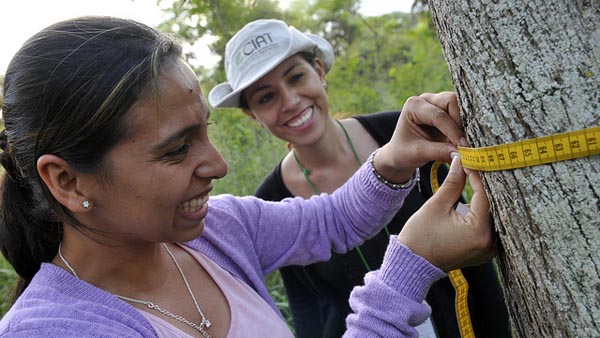 The current carbon-trading arrangement rewards countries for reaching specific targets towards Reducing Emissions from Deforestation and Forest Degradation (REDD). The scheme was later expanded to “REDD+”, which includes such reforestation goals as conservation, sustainable forest management and enhanced carbon sequestration.

The new CBD guidelines go even further, adding in clauses on that “conservation” and enhancement done at the national level must “guard” against “converting natural forests to plantations and other land uses of low biodiversity value and low resilience;” and deploring “deforestation and forest degradation in areas of lower carbon [sequestration yet] high biodiversity value”.

As far as the Brazilian government delegate is concerned, all this amounts to just an unfair rewrite of the carbon-trading terms. “Now they want to add another layer of conditionality and that we cannot allow.”

He adds that Brazil has strong support from the host-country India, as well as Colombia, Malaysia, South Africa and Argentina.

Together, this bloc of countries managed to render toothless the working group’s final resolution by purging it of all references to such terms as concrete “indicators” or “monitoring”.

The resulting document, according to the Brazilian delegation’s parting press release, “recognizes the contribution of REDD+ activities to biodiversity, while maintaining coherence between both [the CBD and FCCC] conventions”. In other words, a reversion to status quo.

No surprise there, notes Vania Viana of the Brazil branch of the International Trade Union Confederation.

She sees the Brazilian government is overly beholden to the country’s large agribusiness corporations. In addition to tree plantations for carbon credits, these companies are also investing in prime drivers of deforestation like soya-bean farming and cattle grazing land, she says.

Rather than turning over forest policy to such vested interests, Viana urges that REDD be achieved with public funding.

Whether publicly or privately implemented, Tim Christopherson of the UN REDD Programme sees no fundamental conflict between biodiversity and climate change mitigation. “Of course some countries were apprehensive, seeing this as a possible additional burden,” he concedes.

After all, “we are dealing with saving tropical forests – a complex issue with multitude of pressures. These are matters that go to the heart of a country’s development vision, governance and land tenure systems.

“There is no one program – forest biodiversity, forest governance…there are various initiatives addressing the same issue – but all of these have to pull in the same direction. It is a complex issue and we cannot address it through one avenue alone.”

RTCC VIDEO: Tim Christopherson of the UN REDD Programme explains why despite the hype, its implementation must be done with caution