The South Korean capital Seoul has set itself the target of ‘eliminating a nuclear power plant’ through an ambitious energy efficiency and renewables drive.

Mayor Park Won Soon announced the “One Less Nuclear Power plant” project, as he assumed the role of chair with the World Mayors Council on Climate Change (WMCCC), and one year after the city suffered rolling blackouts.

Seoul currently generates just 2.8% of its own power and will seek to boost this number to 20% by 2020 through the use of small hydropower scheme, solar and hydrogen fuel cells.

It is targeting a greenhouse gas reduction equivalent to 7.3m tonnes of CO2 and an energy reduction comparable to the output of a nuclear power station. 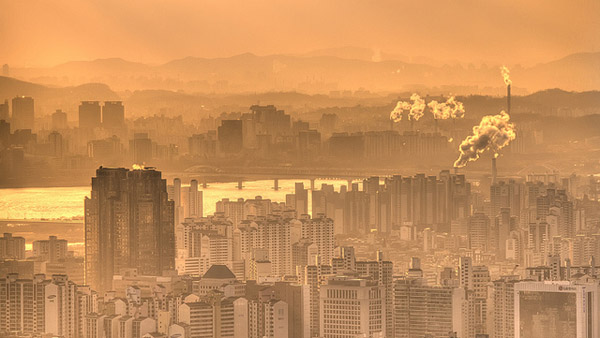 Seoul is looking to cut its energy use by the equivalent of one nuclear power plant. (Source: Flickr/Jimmy McIntyre Editor HDR One magazine)

South Korea has taken a leading role on climate change and the environment at home and internationally.

It was recently selected to host the Green Climate Fund, the UN’s flagship climate finance programme. It also hosted the UN’s final Ministerial meeting before the Doha climate change negotiations in November. It will also host the UN Convention on Biological Diversity’s biannual summit in 2014.

In 2015 the country will launch its own carbon emissions trading scheme.

Seoul’s energy efficiency programme will see a consumption cap applied to new buildings and a retro-fitting drive to cut the energy use of existing building stock.

Energy saving shops will be set up to demonstrate products for energy efficiency at home, car sharing schemes and a switch to motion sensitive LED lighting around the city will also contribute.

The Mayor’s office estimates that the work could create 40,000 jobs and generate $1.8bn for the city’s economy.

The meeting of the WMCCC, which was hosted by ICLEI, the Local Governments for Sustainability organisation, also adopted the 2012 local government declaration on climate change mitigation.

It calls for enhanced ambition on mitigation and energy efficiency targets and the search for new sources of finance to support these initiatives.

RTCC Video: ICLEI’s Russell Galt tells RTCC why cities have such an important role in a sustainable future