Climate change was not on the agenda at the first US Presidential Debate, but ‘clean coal’ was.

“By the way,” Republican Candidate Mitt Romney told President Barack Obama, and the millions watching at home: “I like coal. I’m going to make sure we can continue to burn clean coal. People in the coal industry feel like it’s getting crushed by your policies.”

Romney was referring to what many in the industry are calling the “war on coal”. They claim the Environmental Protection Agency (EPA) is blocking mining operations by imposing ever more stringent regulations.

The argument goes back to 2009, when the EPA’s Clean Air Act determined that greenhouse gases were a pollutant. But this is an aside, because the real question here is does clean coal really exist? 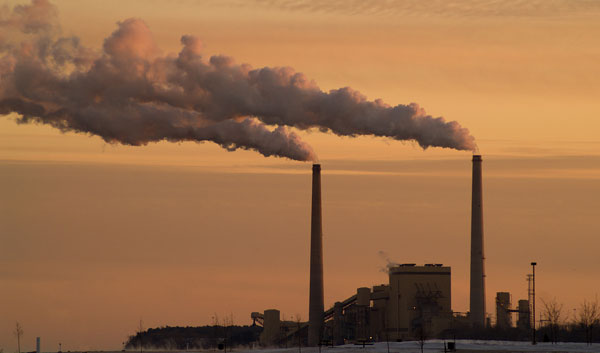 Coal is currently responsible for 40% of global energy supply, but is clean coal really the answer?

A brief history of coal

Since the beginning of the 21st century coal has been the world’s dominant source of energy, and it continues to play a strong role worldwide. It currently provides 40% of the world’s energy needs. It is the second source of primary energy globally after oil and the major fuel for electricity generation.

Even with a 19% drop in generation, coal still accounted for 36% of electricity in the US in the first quarter of 2012, according to the US Energy Information Administration. It is still responsible for 80% of energy production in China, and around 30% in the EU.

But let’s not kid ourselves, coal is dirty. Smoke from power stations and house fires used to choke cities around the world (and still does in the developing world). In 1952, over 4000 people died in what became known as London’s ‘Killer Fog’, a smog so thick that the ships on the river Thames came to a standstill, planes stopped flying and guides carrying lights walked ahead of buses

It is the dirtiest fossil fuel used in power generation. As well as emitting carbon dioxide, it emits sulphur dioxide and nitrogen oxides, which contribute to acid rain, pollute water and cause other health complaints in humans.

The good news is that the International Energy Agency (IEA) says demand for coal will decline over the next five years. But the IEA have got it wrong before, and if coal use does increase, this places pressure on governments and countries to limit its harmful impacts.

What is clean coal?

The term ‘clean coal’ is fundamentally misleading. It’s like saying you’ve invented clean mud. What we are talking about are the technologies that limit coal’s environmental impact.

Acid rain and other damage caused by coal accelerated the development of inventions designed to extract the really harmful elements of coal. Five in particular stand out:

– Electrostatic precipitators remove emission particulates which aggravate asthma and other breathing problems. They use an electric field to charge and capture the particulates.

– Gasification avoids burning coal altogether. In Integrated Gasification Combine Cycle systems, coal reacts with oxygen and steam to form a “syngas” (mainly hydrogen). After cleaning it is then burns in a gas turbine to generate electricity. This remains unproven on a commercial scale.

The US based Union of Concerned Scientists say switching to low-sulphur coal reduced SO2 emissions in the US by 22% between 1975 and 1990. They say by using scrubbers, sulphur emissions could potentially be reduced by 90%. Technologies aimed at removing the nitrogen oxide emissions from coal are estimated to have reduced its content by between 30 and 90%.

– Carbon, Capture and Storage is the holy grail of attempts to curb carbon dixoide emissions from burning coal. This involves capturing the carbon dioxide and storing it in underground deposits, therefore preventing the greenhouse gas from entering the atmosphere.

The technology can capture the carbon emissions directly from the source, but as yet this has not been developed on a large scale. UK Coal spokesman Andrew Mackinstosh told me it was vital for the future of the industry that CCS is developed – but admitted the technology simply isn’t ready.

“Coal from the UK will help secure our energy supply but we do need CCS so that we can see coal generation continuing in the long term,” he said.

The International Energy Agency believes CCS could provide 20% of the carbon cuts needed by 2050. It also estimates that 70% of energy used between now and then will come from fossil fuels, so finding a way to limit the carbon released into the atmosphere will be vital.

But the costs of CCS have held back development. A special report from the Intergovernmental Panel on Climate Change (IPCC) estimated that CCS would add between 50-100% to coal energy costs. Estimates put technology costs in the region of $50-100 per tonne of CO2 stored.

In 2011 the Global Institute for CCS, a lobby group that backs the technology, recorded 74 large-scale integrated CCS projects around the world, 14 of which were either in operation or construction.

It’s possible he didn’t know better. He may have confused it with kryptonite. The phrase ‘clean coal’ has been so misused there may be some people heading to a bath right now, clutching a lump of lignite.

The results will open their eyes – unless you’re a love of grime. We have not even mentioned the emissions and pollution caused by mining, or the devastation mountaintop removal mining can cause.

C02 emissions are the major concern. According to the IEA, fossil fuel combustion reached a record high in 2011 – at 31.6 gigatonnes. 45% of this was still from coal. CCS is still in its formative stages, many years away from large scale implementation.

Where Romney is also wrong is on the ‘war on coal’. Not that the industry is under pressure in the US – it is. But its real enemy is shale gas.  At least 50 gigawatts of the coal power station capacity expected to be lost will be down to the abundance of cheap natural gas in the US.

If Romney is really set on protecting coal, he should declare war on fracking. There’s no time to lose.