Australia is a massive coal producer with an energy intensive economy and a challenging climate.  The country has recently stepped up its climate action efforts, with carbon trading underway and hopes high that it could yet pledge binding carbon cuts under the Kyoto Protocol. Jennifer Morgan, director of the climate and energy programme at the World Resources Institute thinks the US could learn a thing or two from Down Under.

Australia, one of world’s most carbon-intensive countries, recently began implementing a comprehensive national policy to address climate change and transition to a clean-energy economy.

Yesterday, WRI had the pleasure of hosting Mark Dreyfus, Australian Parliamentary Secretary for Climate Change and Energy Efficiency, who outlined his country’s plans to a group of business, congressional, and NGO representatives.

One point that came through at the event is that Australia’s recent energy and climate choices can be very instructive to the United States. This post provides a quick look at Australia’s new policy and explores how it can inform and inspire US efforts to move toward a low-carbon future.

Why Did Australia Adopt a National Climate and Energy Policy?

Australia faces a high level of climate risk, with significant vulnerability to sea level rise as well as to extreme weather events like drought, heat waves, and wildfires. At the same time, the country is heavily dependent on carbon-intensive resources. Australia has the highest per capita greenhouse gas emissions of any country in the developed world, and it’s the 15th largest emitter overall.

Recognizing the major environmental and economic risks of continuing with business as usual, as well as the opportunities involved in shifting to clean energy, Australia decided to transform its economy toward a more sustainable path. The policy change involved a long and at times acrimonious political debate, but the country’s leaders decided that they could no longer afford not to act. 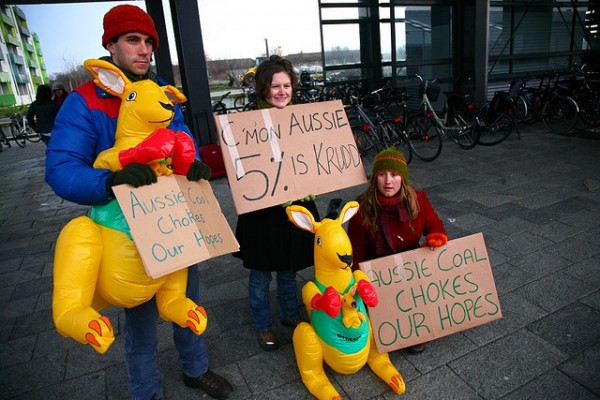 The Clean Energy Future Package, in effect since July, includes a national emissions reduction target of 5 percent below 2000 levels by 2020 and 80 percent below 2000 levels by 2050. To meet these targets, the Package features a range of policy instruments that will put a price on carbon, promote renewable energy (setting a target of 20 percent of Australia’s electricity coming from renewables by 2020), encourage energy efficiency, and reduce pollution.

The centerpiece of the policy is the carbon price, starting at $23 AUD/ton until July 2015. After that, a flexible phase will begin where the market will set the price. Around 500 businesses – large emitters spanning sectors that cover 68 percent of Australia’s emissions – will be required to pay for their pollution under the carbon pricing mechanism.

Australia has also created institutions to ensure that the system works effectively. A Climate Change Authority will monitor and advise on the level of pollution caps, operation of the carbon price and other initiatives, and progress toward meeting targets.

A Clean Energy Regulator will administer the carbon price mechanism, the Renewable Energy Target, a Carbon Farming Initiative, and the National Greenhouse and Energy Reporting Program.

A Productivity Commission will monitor and report on what kinds of climate change policies other countries are implementing, as well as focus the effects of the program on jobs and competitiveness.

In addition, a Clean Energy Finance Corporation is being created to invest in renewables and energy efficiency. Australia hopes that these elements, as well as others, will help the country meet its emissions and pollution-reduction targets.

Australia has also paid close attention to the issue of fairness across the economy. In particular, the government thought about how to ensure that poorer households were protected from potentially higher energy costs. The country also put in a program to shield energy-intensive industries from the carbon price.

What Is Particularly Relevant for the United States?

As Secretary Dreyfus pointed out at the WRI event, there are many similarities between Australia and the United States in the context of climate and energy policy.

For example, the countries share similar emissions profiles, are extremely fossil-fuel dependent, and face highly partisan policy environments in which climate change is a divisive issue. While there are many lessons America can learn from the Australian experience, four key ones jump out:

It’s clear that a mix of policy instruments is needed across the economy. A carbon price is very important, but it’s not enough to actually create the needed transformation. Policies and incentives around renewable energy and energy efficiency are also needed, and creating a specific finance corporation to invest in clean technologies can be an effective part of an overall package. 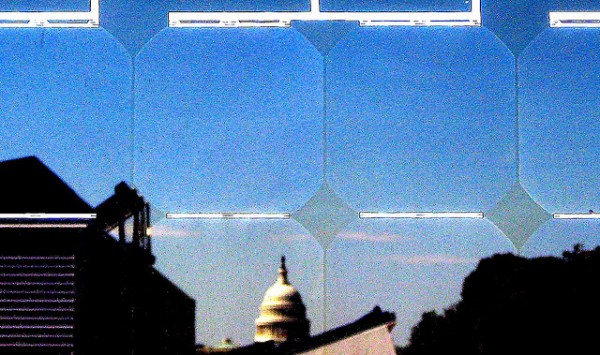 Capitol Hill reflected in a solar panel, but will clean energy be reflected inside Washington's corridors of power? (Source: Flickr/FutureAtlas.com)

“Fairness” is a vital component of any policy deal. Australia had a long discussion nationally about how to create a fair approach. The country utilized various tools such as carbon policy and tax policy to protect households from any higher energy costs and shield energy-intensive industries from competitiveness concerns.

Like Australia, the United States has a wide divergence of economic circumstances, both in households and on the industry side. The Australian plan shows that with political leadership and time, effective solutions can be found.

We must not lose sight of the science when creating policies. Australia recognized its own vulnerability to climate change and shared that risk analysis with its citizens through town hall meetings across the country. It also created an independent commission to monitor these risks and make recommendations.

The United States also faces significant climate risks, from sea-level rise in Florida to forest die-back in the West. It’s very instructive for the United States to understand how Australia assessed its own risk and built institutions to forge a strong link between science and policymaking.

Persistence is essential. The Australian government had been trying to implement a comprehensive climate package for many years, and on the fourth try – despite intense opposition – it finally succeeded. It’s important for the United States to not give up, to learn from past debates, and to keep working to develop an effective approach that can meet the joint goals of economic growth and reduced emissions.

In the end, every country has to find its own way to address climate change risks and position itself in the clean-energy economy. The United States is currently a step behind Australia in determining its own pathway. Hopefully some inspiration from Down Under will motivate U.S. business and government to join the growing number of countries that are tackling climate change one step at a time.

This article was originally published on the WRI website.