Second generation of biofuels could give forests a break 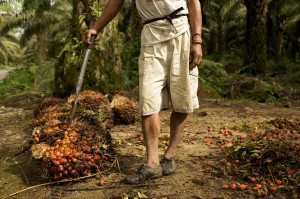 Biofuel has been criticised for propelling deforestation, but second-generation biofuels have the potential to one day supply a larger proportion of our fuel sustainably, experts say.

The European Union seems to agree. In trying to encourage the use of second-generation biofuels to meet renewable energy targets, it doubled the value assigned to them as compared to first generation.

Growing concerns about climate change and fluctuating oil prices have reignited interest in wind, solar, geothermal and other forms of ‘clean’ energy in recent years, especially among industrialised nations.

But because some of these crops require a tremendous amount of land, scientists worry that forested areas will be cut down or burned to make way for agricultural expansion.

Some of these crops also have a low energy return. Soy and rapeseed, for instance, produce only 500 to 1000 litres of biodiesel fuel per hectare, according to the UCLA Institute of the Environment and Sustainability , meaning the life-cycle production and transport emissions in some cases exceed those of traditional fossil fuels.

But experts are still hopeful about second-generation biofuels – those derived from woody crops, agricultural residues, waste and inedible crops, like stems and switch grass.

It turns out they are often both better for the environment and more fuel efficient than their earlier cousins, scientists say. Though a few first-generation crops – sugarcane, sugar beet and sweet sorghum – perform well environmentally, with sugar cane being the most economically competitive among these.

But while the EU is working to integrate second-generation biofuels into its energy policy – which calls on members states to make sure 10 percent of all fuel consumed in the transport sector and 20 percent of total energy consumption comes from renewable sources by 2020 – it could be more than a decade before second-generation biofuels are competitive, said Francis X. Johnson, the lead author of the CIFOR report, Transformation of biofuels markets under the Renewable Energy Directive and the implications for land use, trade and forests.

That is largely because it costs so much to convert these woody, non-edible products into fuel.

Johnson notes that the increased use of wastes and residues that could accompany second generation biofuels’ expansion will have a “generally positive” impact on the environment.

“A number of first generation biofuels that met initial greenhouse gas criteria such as soya and rapeseed are not efficient in land-use terms,” he explained. “There’s no getting around that fact.”

Many also have turned out to have a lower efficiency than initially believed.

Palm oil is one of the few first-generation vegetable oil crops with a high enough energy balance to remain competitive in the long run, Johnson pointed out.

But it, too, has a potential darkside.

While The EU Renewable Energy Directive, or EU-RED, forbids use of land that is high in biodiversity or high in carbon stocks, oil palm grows in the rainforest belt where, in many cases, regulations and enforcement are lax.

Significant tracts of tropical forests in Indonesia and other parts of Southeast Asia have been cleared for oil palm production, although much if this was expanded on forests that were already disturbed by logging. In addition, it should be noted that the main (and more profitable) product markets for palm oil are in food and pharmaceuticals rather than biofuels.

From first to second-generation biofuels

Second-generation renewable fuels can use biomass comprised of the residual non-food parts of current crops, such as stems, leaves and husks, which are left after food crops have been extracted. It also uses other crops that are not used for food purposes, such as switch grass or cereals that bear little grain and have more fiber.

Other sources of biomass could include woody biomass of various kinds such as wood chips, or skin and pulp from fruit pressing.

Johnson noted that while environmentalists expected new legislation that focused more on second-generation biofuels to cover the period after 2020, those derived from sugar, starch and vegetable oil would be used for longer than people think.

However, the EU market is heavily tilted towards diesel for cars as well as trucks, which has resulted in greater dependence on vegetable oil crops for biodiesel.

Andrea Booth is a writer for the Forests News blog at the Center for International Forestry Research (CIFOR).

CIFOR is a nonprofit, global facility dedicated to advancing human wellbeing, environmental conservation and equity. Their research and expert analysis helps policy makers and practitioners shape effective policy, improve the management of tropical forests and address the needs and perspectives of people who depend on forests for their livelihoods