The challenges of climate change have been identified and increasingly innovative solutions emerge all the time. But how can we pay for them?

Climate finance, from a number of sources, is handled through the UNFCCC, the UN’s climate change agency. In the immediate term, wealthy nations pledged $30bn for the period 2010-2012. In the longer term, the new Green Climate Fund (GCF) hopes to raise $100bn a year by 2020.

Questions about how to raise that money and ensure it is used effectively, as well as what will money will fill the time between the end of the current package and the start of the GCF will dominate the discussions at the annual climate summit in Doha. 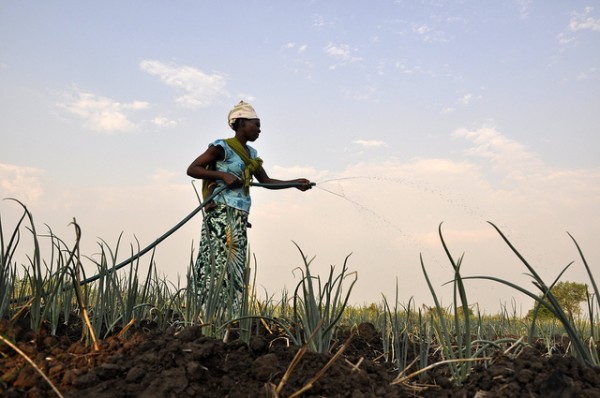 Making climate finance flow could be a lifeline to those worst affected by climatic shifts. (Source: Marcos Villalta/Save the Children/DfID)

In preparation for the conference, representatives of banks, big business, NGOs and climate finance negotiators have met in Bonn in July and again this week in Cape Town.

So what are the key questions? Here’s our 140 character summary of the reality facing most politicians operating in democracies.

How can govts tax carbon to EFFECTIVELY reduce emissions without it losing them so many votes that it risks costing them power? #LTFchat

Paul Watkinson, France’s lead negotiator was happy with the workshop’s progress but frustrated that realistic outcomes for Doha and beyond were not getting enough attention.

Specific details and clearer goals were also called for to help ideas and hopes to condense into the legal documents that represent results at the UNFCCC meetings.

Facillitator at #LTFchat: we need to start talking about timelines and targets! Agreed.

Expectations are high and discussions over Fast Start Finance (FSF), the package which expires at the end of 2012, have immense urgency attached with Doha the last likely opportunity to make progress.

The NGO community has a umber of concerns with Long Term Finance as well as funds required for the short- to mid-term. The aim of $100bn by 2020 has been described as “aspirational” rather than a realistic target. This view would gain some traction if a route towards $100bn made little or no progress in the Qatari capital this November.

#LTFchat NGOs would like to see a decision on scaling up of LTF in Doha. If not then the LTF work program should continue.

Work on the GCF, which would be tasked with finding this $100bn, has been slow and steady so far. While real progress has been made, its complexity must generate funds not red tape.

The Green Climate Fund meets for a second time on October 18 in Songdo, South Korea – where more details over finance and the organisation’s headquarters could be announced.