The EU’s efforts to strengthen legislation on a potent group of greenhouse gases have been questioned by a UK-based NGO.

A leaked document obtained by the news agency Euractiv today revealed that the European Commission has plans to ban planet-warming hydrofluorocarbons (HFCs) in domestic refrigerators and freezers by 2015, and commercial coolers by 2020

The Environmental Investigation Agency (EIA) believes that replacements for F-Gases, which are used in refrigeration, air conditioning and some industrial processes, already exist and that leaked EU legislation must go further.

F-Gases, which include HFCs the replacements for ozone depleting Chlorofluorocarbons (CFCs), can warm the atmosphere several thousand times more than the equivalent volume of CO2. 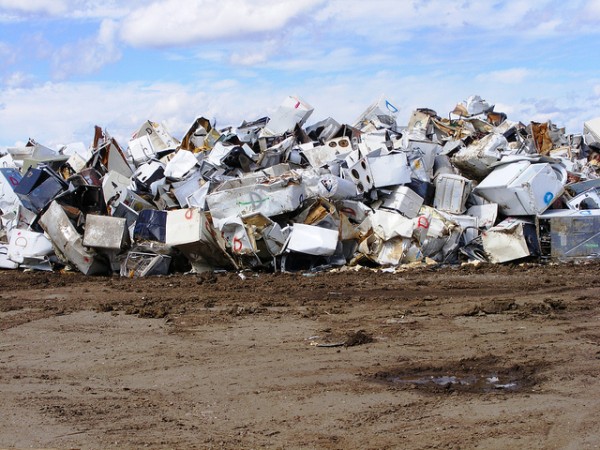 HFCs leak from air conditioners throughout their lifetime and can leak from refrigerators if they are not disposed of properly. (Source: Flickr/Corps of Engineers St Paul's District)

“We welcome the draft proposal as a step in the right direction but it clearly doesn’t go far enough and could easily be seriously diluted if the lobbyists currently working behind the scenes for the HFC industry get their way,” said EIA Senior Campaigner Clare Perry.

“The Commission’s own analysis shows that most sectors can ban HFCs in new equipment by 2020 or earlier and there is therefore no reason not to propose bans in all these sectors. There are many more low-hanging fruits to be picked.”

Last month HFC manufacturer DuPont told RTCC that its new generation of HFC replacements could save 100bn tonnes of CO2 equivalent by 2050.

Critics say its new chemicals can only be blended with HFCs and offer only a partial solution, advocating natural refrigerants instead.

EIA Campaigner Alasdair Cameron said: “[HFC industry body] EPEE is an organisation dominated by producers of HFC-based equipment and HFCs themselves and it will hardly favour banning HFCs. To paraphrase Einstein, the problems we face in the F-Gas Regulation will not be solved by the same minds that created them.”