The EU will establish a system to measure shipping emissions as of next year in what is a precursor for a formal levy on the sector’s emissions.

The International Maritime Organisation’s (IMO) Environmental Protection Committee meets in London this week to discuss potential financial mechanisms to help cut carbon. The EU meanwhile has said it will establish a Measurement, Reporting and Verification (MRV) system that would provide the necessary data for any action on emissions.

There have been suggestions that shipping emissions, which represent between 2.7% and 4.5% of man made greenhouse gas emissions, could be taxed globally or included in an international emissions trading scheme. The EU could now be looking to kick-start that process. 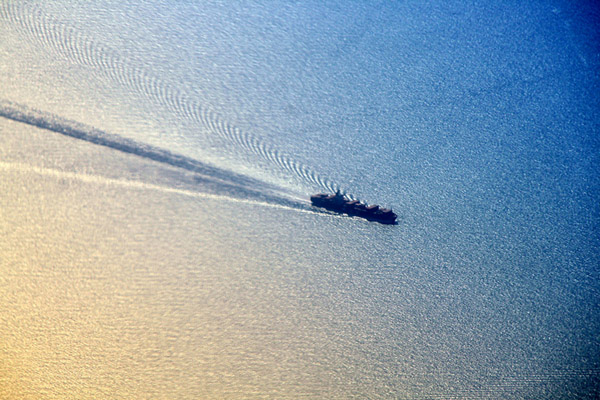 “Shipping is a global industry and needs global solutions to address its environmental footprint. As a result, we are all working towards an internationally agreed global solution to decrease greenhouse gas emissions from ships,” read a joint statement by Siim Kallas, Vice-President of the European Commission and Connie Hedegaard, EU Commissioner for Climate Action.

The EU took the controversial step of including international aviation in its own regional Emissions Trading Scheme (ETS).

The move has created much controversy with Russia, India, China and the US opposed to their inclusion in the scheme that calls on any flight landing or taking of at an EU airport to account for 15% of the associated emissions.

Unlike aviation, ships can be allocated to other countries in a process known as re-flagging, making national legislation easy to avoid. The IMO applies it regulations to all ships evenly, which helps to avoid this scenario.

The UNFCCC on the other hand, applies its laws to countries depending on their “common but differentiated responsibilities and respective capabilities”.

Uniting the principles of the two organisations could prove a significant challenge.

The development of an MRV system could be the first indication of a similar move by the EU for the maritime sector, as with aviation. It would also remove a frequently cited obstacle to action on shipping emissions at international negotiations.

“This will help make progress at a global level and feed into the IMO process. It’s therefore our joint intention to pursue such a monitoring, reporting and verification system in early 2013,” said the statement.

The IMO has introduced stiff energy efficiency standards for ships built from 2015 onwards, however linking emissions with financial incentives is the long term goal of international climate action efforts.

“At EU level, we consider several options, including market-based mechanisms. A simple, robust and globally-feasible approach towards setting a system for monitoring, reporting and verification of emissions based on fuel consumption is the necessary starting point,” said the EU statement.

Both shipping and aviation emissions have been left out of international climate action so far. Talks are continuing in each sector’s own UN body, the IMO and the International Civil Aviation Organisation (ICAO) respectively.

All eyes will be on Brussels once the MRV system is in place, to see whether shipping follows aviation into the EU ETS or whether a global arrangement can be fixed through the IMO and the UNFCCC.