The UN’s carbon cutting mechanism should be opened up to any countries that want to take part, the co-chair of a panel established to review its progress.

The Clean Development Mechanism (CDM) allows countries with emissions reduction commitments under the Kyoto Protocol to offset their greenhouse gas output by paying for projects in the developing world, where deeper cuts can be achieved for less money.

With the price of carbon credits issued under the UN trading platform plummeting, the future of the scheme has been called into question and efforts are under way to find solutions to reinvigorate it.

“I would like to see as many countries involved as possible,” said Joan MacNaughton, co-chair of the independent high-level panel on the CDM policy dialogue, established to review the mechanism’s progress. “Not least because the scale of finance required is enormous and governments cannot do it alone.” 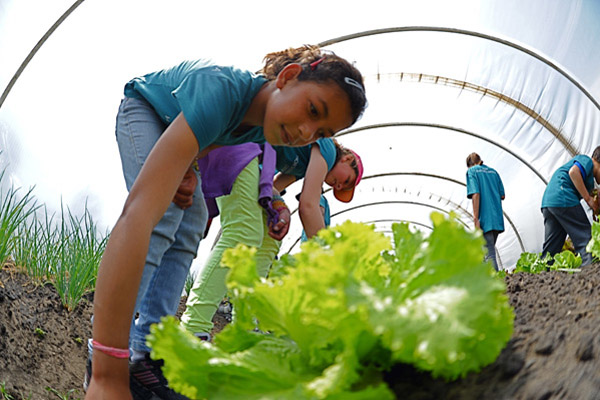 MacNaughton was one of those  recently quoted as saying that the CDM was close to collapse, due largely to the oversupply of carbon credits that have forced down the price of a ton of CO2 or equivalent emissions (CO2e), and with it, the incentive to lower CO2e output.

“Ultimately this is not about saving the CDM, this is about the fact were running out of time to tackle climate change. We have a method that has been shown to work and that is getting better all the time and if we don’t look after it will fail and it will take a long time to make up the ground just to get back to where we are now.”

MacNaughton suggests that governments should help in the short-term by purchasing the excess credits and retiring them in what would amount to a bailout. The cost of this she says is “not a great deal of money compared to the sums being bandied around in relation to the banks”.

Higher emission reduction pledges from governments would also increase demand but increasing the scope of the CDM would offer longer-term stimulus, without relying on increased ambition at the UN climate talks.

“Making the CDM available to counties that don’t have mitigation targets, the developing countries and emerging economies, that would be good as it might inject some extra demand [into the carbon market],” MacNaughton told RTCC.

The story of the Clean Development Mechanism in numbers

Discussions at the recent Bangkok UN climate talks on the Kyoto Protocol’s second commitment period, set to start from 2013 onwards, looked at excluding non-participants from using the CDM, with Russia in the cross hairs of some critics.

Least Developed Countries chairman Pa Ousman Jarju told RTCC in Bangkok that that developed states (Annex I) who chose not to be part of the Kyoto Protocol would pay a price. “They can forget about them (CDM credits),” he said. “If you don’t want the Mango tree you should not go in for the fruits.”

But MacNaughton says it’s vital that the markets do not contract in 2013. “Be it Russia be it any other country, I’d like to see as many countries involved with market mechanisms as possible,” she said.

“If you look at what the CDM has achieved as well having a huge impact on the investment available, it has managed to get $215bn into developing countries, it has helped developed countries save a lot of money in their mitigation efforts and contributed to sustainable development.”

As well as opening the door to new donor countries, MacNaughton believes the criteria for recipients could also be reviewed.

Around 75% of all CDM projects are in just four countries, Brazil, China, India and Mexico, according to research by the UNEP Risø Centre in Denmark.

At present the size of emissions that can be removed in the host country is a key factor. However with very low emissions in many of the world’s poorest nations, projects there can be overlooked.

MacNaughton says when you factor in the emissions of those countries when they are further down the development path, the case for inclusion becomes compelling.

“There is an argument that CDM projects would be justified because they enable you to build clean infrastructure now and avoid people taking the cheapest path, which could be much higher emitting,” said MacNaughton.

There are numerous national and regional carbon trading schemes operating or planned around the world from in Tokyo, the EU, Mexico and elsewhere.

Many of these existing schemes face their own difficulties. The EU has said it will auction credits for its next trading phase in a few weeks but it will do so in the shadow of very low carbon prices. Australia issued its first free credits today as it gears up for its own much anticipated carbon trading.

The CDM is the common link between them all however, and an updated and improved system could serve as the backbone of a platform to support the global emissions deal due to start in 2020.

With the UN Doha climate negotiations two months away, the future of the CDM could become much clearer. In particular, indications of the likelihood of higher mitigation pledges could emerge.

“We just have to hope people can get their act together and agree to more ambitious targets and realise that taking a very narrow view about what is in the negotiating interests of an individual country is the wrong stance to take,” said MacNaughton.

“The right stance is how can we all move this forward as quickly as we can.”

Video: Andrew Scott, Research Fellow at the Overseas Development Institute talks to RTCC about low carbon technology transfer and repacking the CDM to benefit the poorest