As much as 90% of logging in the Amazon basin, Central Africa and South East Asia is being carried out by organised crime rings, according to a new report by UNEP and Interpol.

The global black market for timber is worth $30bn and represents 15-30% of the industry worldwide.

Forests are a major store of carbon and deforestation is responsible for 17% of all man made emissions. To put that into perspective that is 50% more than shipping, aviation and land transport combined.

The new ‘Green Carbon: Black Trade‘ report highlights how illegal activities in the forest have also hampered environmental efforts under the UN’s REDD+ programme. An increase in murders, violence and crimes against indigenous peoples has also been observed. 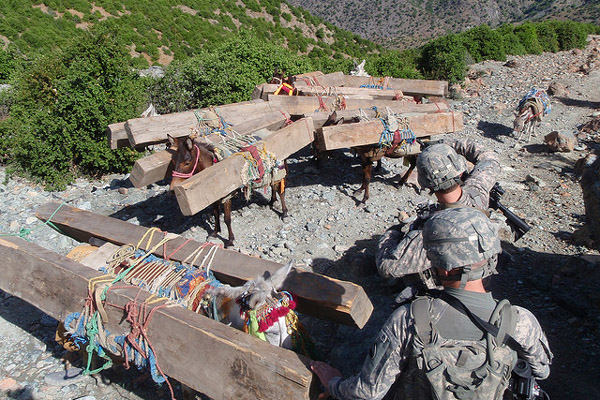 REDD+ is designed to create financial incentives for legal forestry operations but with laws hard to enforce, criminals can work illegally with impunity.

“Illegal logging can however undermine this effort, robbing countries and communities of a sustainable future, if the unlawful activities are more profitable than the lawful ones under REDD+,” he added.

RTCC will host a week of Forests coverage in conjunction with The Center for International Forestry Research (CIFOR) starting on Monday 1 October.

Change your font size and save a forest