Governments are failing to keep the promises made on finance during the Cancun and Copenhagen climate change summits, according to the new DARA Climate Vulnerability Report.

The outcomes of the UN climate change talks in 2009 and 2010 included several provisions on climate finance and DARA, an organisation focusing on aid effectiveness, says it is vital they are respected.

DARA claims that some of the most vulnerable countries will be threatened otherwise and separate development aid could suffer in the mean time.

“Current flows [of finance] are heavily imbalanced, with only marginal support for vulnerable countries,” the report says.

“The global response to climate change cannot be taken out of the international community’s commitment to eradicate extreme forms of poverty, a project now seriously endangered in large part precisely as a result of climate change.” 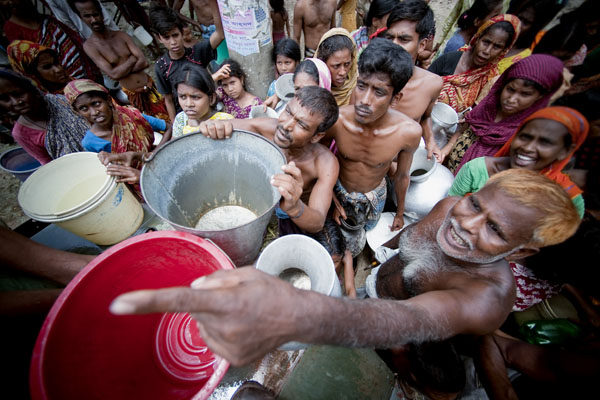 Climate finance is too slow, too small and being drawn out of aid budgets, contrary to agreements signed at the UNFCCC, according to DARA. (Source: UN/Kibae Park)

Countries are currently committed to generating $30bn of climate finance between 2010-2012 in what is referred to as Fast Start Finance. DARA says $20bn of new and additional funds is required now to meet this target.

The key is that this money be truly new and additional, as prescribed by the agreements in Copenhagen and Cancun and not diverted from other aid priorities. The rule however, is not being adhered to.

“Unfortunately it hasn’t been treated much like a rule, more like an aspirational goal that most countries have felt free to ignore when it is convenient for them,” said Mark Lutes, Climate Finance Policy Coordinator, WWF International.

“It’s pretty clear that a lot of the money is part of overseas development aid. There should be clear guidelines internationally on how to assess what is ‘new and additional’,” Lutes told RTCC.

“If money is shifted away from existing aid to climate finance, this just creates a new landscape of winners and losers and is effectively a way for rich countries to avoid their responsibilities,” he said.

“The issue of additionality is another argument for the use of so-called “innovative sources” of finance, such as a Robin Hood tax or a levy on emissions from the international aviation and shipping sectors. If properly implemented, these sources would provide substantial public revenues for climate finance that would be indisputably new and additional,” he claimed.

On the expiry of Fast Start Finance, at the end of the year, there will be no formal funding arrangement, driving finance to the top of the agenda at the talks in Doha.

The centrepiece climate finance mechanism, the Green Climate Fund, is unlikely to be in a position to distribute money until 2014/15.