The firm, which manufactures HFCs as well as developing their replacements, says that action on HFCs taken through the Montreal Protocol could lead to a massive boost for the environment. 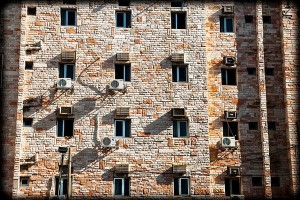 The Montreal Protocol is best know for all but eliminating the use of Chlorofluorocarbons (CFCs), which damaged the ozone layer. HFCs do not affect ozone but are a potent family greenhouse gases with a warming effect that can be several thousand times greater than CO2.

The US is leading efforts to have HFCs dealt with through the Montreal Protocol.

“In the 25 years since it was signed, the Protocol has made incredible progress toward protecting the ozone layer,” said Janet E. Smith, DuPont spokesperson told RTCC. “We are actively supporting the North American proposal to build on the outstanding success of the Montreal Protocol.

“Estimates vary on potential climate benefits of a program to cap and reduce HFCs, but they range as high as a cumulative reduction of more than 100 billion tonnes carbon dioxide equivalent through 2050.”

HFCs are used as a refrigerant and coolant and can be found in foam and fire extinguishers. The growth of the middle classes in the developing world has seen their use expand rapidly.

“HFCs are an important solution in addressing ozone depletion and are currently responsible for less than one percent of global greenhouse gas emissions. Nonetheless, projected growth in their use through 2050 could reverse much of the greenhouse gas reductions already made by the Protocol,” said Smith.

HFC replacements are collectively termed Hydrofluoroolefins (HFOs). A Greenpeace position paper on HFOs states that they can only be used in blends with HFCs and dilute, rather than replace HFC use.

There are also concerns that when some HFOs break down they create trifluoroacetic acid, which is toxic to aquatic ecosystems.

Greenpeace refers to HFOs as a “short term solution” and calls for the greater use of alternatives such as natural refrigerants.

“Some businesses will always resist change out of self interest, but many more have recognised the opportunities that a rapid phase-out of HFCs will present,” said Alasdair Cameron, Global Environment Campaigner at the Environmental Investigation Agency (EIA).

“It is amazing how quickly industry can move once a clear market direction is set. Five years ago nobody had a smartphone, and Twitter barely existed,” he told RTCC.

“The review of the F-Gas Regulation (CFCs, HFCs, HFOs) is a golden opportunity to move away from HFCs and transition to low-global warming potential alternatives,” he added.

The EIA is currently campaigning for greater EU leadership on HFC policy.