Several EU proposals, including ambitious emission reduction targets, have been vetoed by Poland, which is concerned that its coal-heavy economy would be heavily penalised. 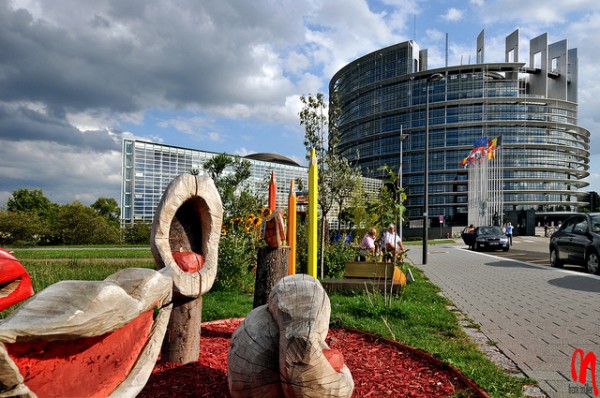 The use of vetoes on climate and energy decisions at the EU has proved unpopular in the past. (Source: Flickr/Frankart Culinary)

European Council decisions are made by majority, not consensus however and when asked by WWF to present the legal basis of the veto, the EU declined.

“We don’t, and it seems they don’t, have any idea how they came to the convention of having unanimous council decisions,” said Jason Anderson, head of climate and energy at WWF European policy office.

“By not being able to offer us that information they either don’t have any idea, or they don’t want to tell us, neither is an acceptable answer,” Anderson told RTCC. “As citizens we should be able to find out how our representatives are arriving at decisions, that’s a basic aspect of democracy, to know how they arrive at decisions.”

A group of MEPs, led by members of the environment committee is now expected to address the veto issue by calling for stricter adherence to the majority system for future decision making.

If passed into legislation later in the year, the move could open up European climate and energy policy to greater scrutiny. It is often argued that progressive measures are often held back Eastern European countries.

Many of these nations concerns are legitimate however, given their degree of economic development and their reliance on coal-based energy infrastructure.

The EU was contacted by RTCC but they declined to comment.