Rich countries with commitments under the Kyoto Protocol must be ready to reveal the size of their new carbon cutting targets at this year’s UN climate summit in Doha, the BASIC group of developing countries has said.

A second commitment period of the Kyoto deal should be agreed and details of more ambitious emission cuts revealed, said the group which is made up of China, India, Brazil and South Africa.

“The final formal adoption of the second commitment period is a key deliverable for Doha and an essential basis for ambition within the regime,” the Ministers’ wrote in a statement.

The group praised progress made at meetings in Bonn and Bangkok but called for Annex I countries (developed nations that are obliged to make cuts under Kyoto) to match their targeted greenhouse gas reductions with the minimum recommendations from climate scientists.

“Ministers expressed concern about the level of ambition reflected in QELROs [emission reduction targets] submitted by Annex I Parties that are Parties to the Kyoto Protocol, which is far below what science requires.” 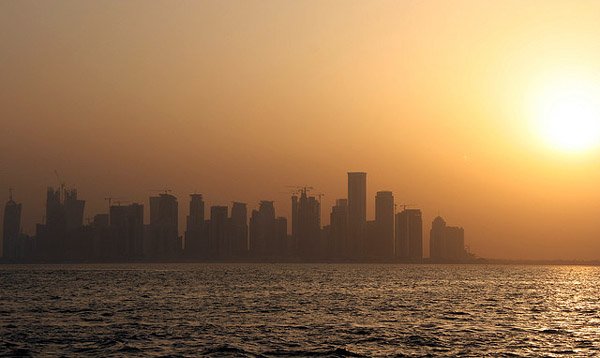 The Durban Platform is the beginning of work by governments to establish a Kyoto-like deal that applies to all nations by 2015 and will come into force by 2020.

The concept of CBDR, which ensures that wealthy nations with a larger historical responsibility for emissions carry a heavier burden, was absent from the Durban Platform document.

The BASIC communiqué also reiterated concerns over the EU’s inclusion of aviation in its Emissions Trading Scheme saying that the unilateral approach “undermines confidence and weakens efforts to tackle climate change on a multilateral basis.”

The group will met again in November ahead of the Doha climate summit, which runs from November 26 to December 7.

The meeting was attended by Antonio de Aguiar Patriota, Minister of External Relations of Brazil, Izabella Teixeira, Minister for the Environment of Brazil, Xie Zhenhua, Vice Chairman of the National Development and Reform Commission of China, Edna Molewa, Minister of Water and Environmental Affairs of South Africa, and Bellur Shamarao Prakash, Ambassador of India to Brazil.