Japan’s announcement last week that it would abandon nuclear power by 2040 was widely praised by some green groups.

Others expressed fears that Japan would miss its climate targets by abandoning atomic power. Environmental commentator Mark Lynas called the decision “madness”, saying the country’s pledge to reduce CO2 emissions by 25% by 2020 was in tatters. 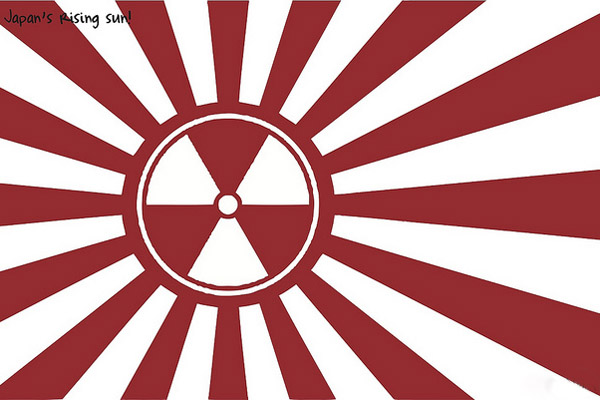 Japan's nuclear policy could have serious consequences for its climate change targets according to some. (Source: Flickr/Khalid Albaih)

But it seems pressure from business forced a speedy turnaround. The government yesterday erased the ‘2040 decommissioning deadline’, saying it would be used as a ‘reference’.

The New York Times reported Tadashi Okamura, chairman of the Japan Chamber of Commerce and Industry, as saying the deadline “was not a viable option in the first place”.

Greenpeace – who lobbied hard for Japan to ditch nuclear, reacted with fury at this decision, claiming that three of the five appointees to the new nuclear regulator – Shunichi Tanaka, Toyoshi Fuketa, and Kayoko Nakamura – had ties to the nuclear industry.

“The old Nuclear Safety Commission paved the way for the Fukushima disaster. Its close relationship with the powerful and corrupt nuclear village directly contributed to its failure to hold TEPCO to its safety obligations,” said Kazue Suzuki, Greenpeace Japan’s nuclear campaigner.

“By appointing three people heavily involved with the business of nuclear power and radioactive waste, the government is once again setting up the regulator for failure and endangering the health and safety of Japan’s people and its economy.”

Greenpeace say that criticism that a 2030’s phase out of nuclear will create climate disaster is ‘fallacious’, arguing renewables are already rapidly coming online and that long-term energy use in the country is declining.

According to Greenpeace Japan can easily meet its 2020 emissions targets without restarting a single nuclear plant.goo.gl/DzHwF

@nuclear94 that’s certainly one way of looking at it..
— Hiroko Tabuchi (@HirokoTabuchi) September 19, 2012

Aside from the divergence of views on this issue, what is also apparent is that all sides of the environmental movement are losing faith in Prime Minister Noda’s government.

It is already backing away from its emission targets and has abandoned the Kyoto Protocol extension, with negotiators at the UN climate talks arguing that the country needs time to recover from the tsunami and Fukushima’s aftermath.

The decision to reconsider its nuclear future smacks less of alarm over climate change and more of vested interests pulling rank.

For his part, Lynas predicted in the Guardian that Japan would rethink when it saw “its heavy industry shut down and relocate offshore due to rising energy costs and supply shortages”.

And it poses a serious challenge to the renewable sector in Japan, which can now see how little the government trusts them to fill the gap in energy supply.

Japan’s move away from Nuclear had been seen as a boost to wind power manufacturers like Vestas, which the Financial Times reports account for 25% of all installations in the country.

That confidence may well have blown away in the wind in a stroke as a result of this decision.

Let us know what you think: Is Japan’s Nuclear U-turn good or bad news for climate change?