As the Duke and Duchess of Cambridge land in the Pacific Island of Tuvalu and are carried from their aircraft on portable thrones, it will be hard for them to ignore the signs of climate change.

Prince William and his wife Kate will be visiting the island country on the final stop of their Royal tour, and will spend their time visiting communities as well as inspecting a coconut tree planted by the Queen on her visit in 1982.

But campaigners say wherever they go on the island; they will not be able to escape the effects of climate change which are already disrupting the way of life of for the 11,000 people living there. 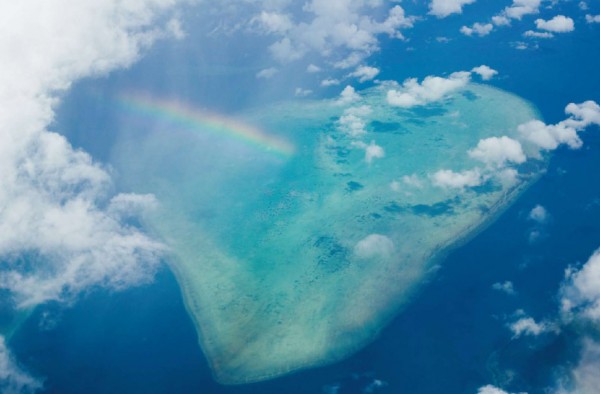 “On their arrival, they must see how vulnerable we are to climate change,” Maina Talia, secretary of the Tuvalu Climate Action network told Radio Australia’s Pacific Beat.

“Even they can see the impact on gardens, on our food security and we have even lost a lot of traditional root crops due to the long drought that we faced last year and the beginning of this year.

“They can see it for themselves when they go around the island.”

While the couple’s schedule will not give them time to meet with the organisation, island youths are set to deliver them a  message about their disappearing homes – due to rising sea levels.

Tuvalu is made up of three islands and six atolls. The highest point of the islands’ is 4.6 metres above sea level, while the atolls’ highest point is just 2 metres.

It was one of the first countries to experience the effects of sea level rise, and while much of the island could be flooded, the rising saltwater table will destroy food crops such as coconut and taro first.

Last October, the tiny island nation had to declare a state of emergency because of a shortage of fresh water – hitting the capital Funafuti and a number of outer islands. A New Zealand Air Force plane had to fly water supplies and desalination units into the country.

Like many other Pacific Islands, most notably Kiribati, Tuvalu could become the first casualty of climate change as rising sea-levels and increased storm surges threaten its very existence.

Talia said she would like to send the couple a message of the plight of Tuvalu as a country which may not be around to visit forever.