A package of legislation to protect the US coal mining industry will go to a vote in the House of Representatives this week while a second act that cuts renewable energy support has been passed.

The “Stop the War on Coal Act”, proposed by Republican Representative Bill Johnson, is designed to shield the sector from job cuts and the closure of mines.

The “No More Solyndras Act”, a reference to the solar company that went bankrupt shortly after the US Government gave it a $535m loan guarantee, was passed 245-161. It seeks to protect taxpayers from similar schemes by phasing out the Department of Energy’s entire loan guarantee scheme. 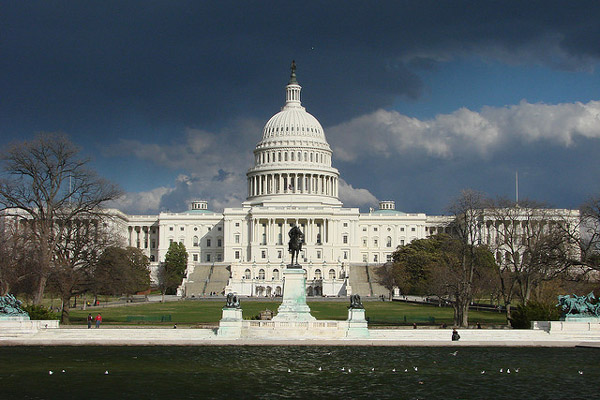 US political support for renewable energy and climate change commitments has been challenged by the Solyndra scandal and rising gasoline costs. (Source: Flickr/Allie Caulifield)

This would be a further blow for the country’s renewables industry already facing the prospect of losing it Production Tax Credit scheme, depending on who wins November’s Presidential election.

President Obama promises to keep it while Mitt Romney says he is in favour of abandoning it.

“Burning money is one source of energy that the country doesn’t need. This bill prevents any costly repeats of Solyndra by prohibiting any new loan guarantees and subjecting pending ones to very stringent safeguards,” said Fred Upton, the Republican chairman of the House Energy and Commerce Committee.

President Obama’s policies to reduce emissions and pollutants from the country’s coal power plants are next in the firing line.

Opponents say they decrease the country’s energy security and are responsible for the closure of domestic coal mines. Following the closure of a mine in Ohio last month, White House spokesperson Clark Stevens told CNN that the claims were untrue.

“The President has made clear that coal has an important role in our energy economy today, and it will in the future,” said Stevens, adding that employment in the coal industry had not been higher since 1997 and that exports of coal increased 31% last year.

The Whitehouse’s own estimate of job losses from its new coal regulations is 7000.

Obama: “Climate change is not a joke”

The Act states that the Secretary of the Interior may not: “issue or approve any proposed or final regulation… [that would] adversely impact employment in coal mines in the US” or “designate any area as unsuitable for surface coal mining and reclamation operations”.

It also blocks the Environmental Protection Agency (EPA) from enforcing any regulation on greenhouse gases.

It makes no provision for climate change mitigation which is the driver in many countries for a reduction in coal use.

“The real war being waged in Congress this week is a war on public health and our climate future,” said Melinda Pierce, Sierra Club Lead Lobbyist.

“House Republicans, as they have shown time and time again, are more concerned with scoring points with fossil fuel campaign contributors than they are with protecting the health of their constituents or solving real problems.”

The US has been switching much of its energy production to cheaper, cleaner gas in recent years as a result of the boom in its domestic gas production from shale gas discoveries.

Some of the nation’s highest polluting coal plants have closed as a result of President Obama’s tightened air pollution standards.

The Stop the War on Coal Act was passed 26-18 by the House Natural Resources Committee in February.