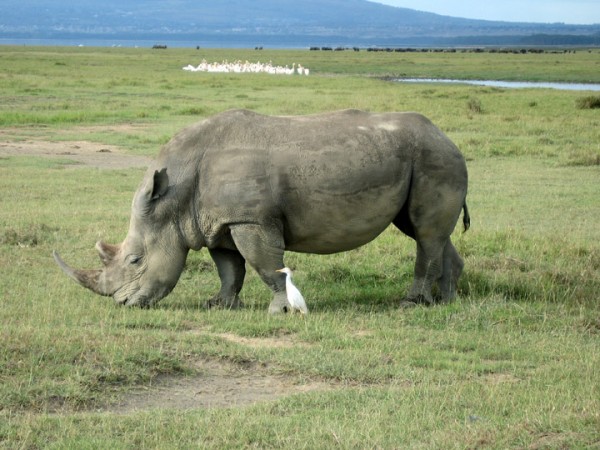 Rhinos are beginning to feel the effects of climate change and drought.

For the one-horned rhino, found on the floodplain grasslands in Assam and Nepal, disruption to the annual monsoon rain could leave it going hungry.

The Sumatran rhino is at risk of fire as dry seasons get longer and forests and peatland become tinder-like.

Alarm at the fate of some of the world’s largest rhino species, growing concern over increased illegal hunting and the demand for rhino horn led President Susilo Bambang Yudhoyono of Indonesia to a label 2012 as the ‘Year of the Rhino’.

In the last decade two rhino species, the Western Black Rhino in Cameroon and the Indochinese Javan Rhino in Vietnam have become extinct.

Two more populations – the Northern White Rhino and the mainland population of the Sumatran Rhino are becoming close to extinction and are listed as critically endangered on the IUCN Red List.

he IUCN (International Union for Conservation of Nature) is the world’s oldest and largest global environmental organisation aimed at finding solutions to the most pressing environment and development challenges.