Analysis: Was enough achieved at UN climate talks in Bangkok?

The latest round of negotiations under the UNFCCC ended without any major agreement or treaty, but are widely seen as having been a positive and worthwhile experience. Progress was made on the three burning issues at stake, the Durban Platform, Kyoto Protocol and LCA negotiating stream. But was enough achieved to ensure COP18 in Doha can be a success? 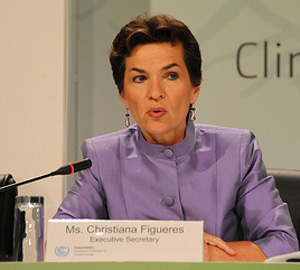 UNFCCC chief Christiana Figueres: "we now have a positive momentum and a greater sense of convergence that will stimulate higher-level political discussions ahead of Doha"

It’s a long way from Bonn to Bangkok—literally and figuratively. It would be a great understatement to suggest that the June session of the UN climate talks in Bonn, Germany were acrimonious.

In Bonn, governments spent the week arguing about procedural issues such as the nomination of chairs and the finalisation of agendas.

At the Bangkok negotiations that took place this past week, they argued over substance instead.

These arguments actually represent progress. Because the 50-plus issues under negotiation are contentious and have real impacts on national interests, they are deserving of robust debate.

But we still have a long way to travel to get to Doha, Qatar, the location of the United Nations Framework Convention on Climate Change’s (UNFCCC) COP 18 summit, which takes place this November. Significant differences of opinion persist on each of the three key issues identified in our pre-Bangkok blog post.

In Bangkok, governments outlined their respective visions for what legal form the new international climate agreement should take under the Durban Platform and what methods it should use to close the ambition gap and curb global greenhouse gas emissions.

Countries agreed that there is a need for significantly greater emissions reductions leading up to 2020 if we are to achieve the goal of limiting global temperature rise to 2°C above pre-industrial levels. This kind of reduction will require broadening the number of Parties making greenhouse gas-reduction pledges, expanding the number of actions taken, and adding new commitments.

Of course, the nature of these pledges will be informed by country context, with some governments pressing ahead with economy-wide reductions while others concentrate on intensity targets or deviations from business-as-usual emissions projections.

Some Parties also suggested expanding the range of actors to include cities and the private sector. Developing countries remain reluctant to come forward with pledges unless developed countries move to the higher end of the spectrum on their existing pledges.

As we move forward, there is a strong desire amongst many Parties to see substantive ideas tabled in the form of more formal submissions, technical papers, and further roundtables or workshops dealing with methods to increase ambition.

Despite the multitude of ideas, Bangkok did not translate these suggestions into a work program for the coming years in order to ensure that an agreement is finalised in 2015. Therefore, the negotiation process continued to resemble a group-brainstorming session rather than a meeting that is part of and outlines a structured path.

As expected, the impasse over the length of the Kyoto Protocol’s second commitment period and the targets that countries are willing to commit to in that protocol have not been resolved.

Countries were given a set allocation of emissions allowances for the first commitment period that ends this year. As many of them have not used the full allocation, there is an open question on what to do with these so-called “surplus allowances.”

Bangkok failed to resolve this issue, but the number of options for treating surplus allowances was narrowed down considerably. This should enable progress in Doha. How this issue is resolved has a large impact on the level of ambition going forward.

A key innovation emerged during the week when the EU and Australia suggested a mechanism for increasing ambition mid-way through the second commitment period. If agreed, this approach could allow developed countries to initially commit to emissions reductions at a lower level, while reassuring developing nations that this commitment could be reviewed and enhanced over time.

This issue is an important one to watch.

Positively, the Chair of the Working Group dealing with Kyoto was unexpectedly given the mandate to prepare a text ahead of COP18. This action represents progress, as it allows the Chair to move ahead with fleshing out options rather than placing all discussions on hold until the COP begins.

The main task facing the Ad-hoc Working Group on Long-Term Cooperative Action (LCA) was to close down its program of work as stipulated in the Durban agreement. But closing the LCA is proving to be a political headache.

Many developing country governments argue that the LCA is closing prematurely, as it has a lot of unfinished business and unfulfilled promises, particularly on issues related to finance and the science review, which aims to ensure that the negotiation process is informed by the latest science.

The developed country position remains that the LCA must close in Doha. A potential clash in Doha between the two trains of thought may be avoided if Parties are assured that some of their unfinished business will have a way forward in the post-Durban world. This will be a core issue to watch in Doha, as it is linked with the ADP work plan and who does what by when.

This largely political dispute masked some real progress in a number of specific issue areas. Plans for a new market-based mechanism that would allow governments and businesses to trade emissions allowances were discussed.

On finance, a new standing committee met for the first time in Bangkok. This committee will become the focal point for finance discussions, talks that previously have been dispersed among different groups.

One of the committee’s functions will be to develop proposals for expanding the amount of long-term finance for developing countries to adapt to and mitigate climate change. On REDD, Parties prepared draft text with options for institutional arrangements that would promote transparency. Though preliminary, the draft text contains the seeds of a very promising outcome for REDD+ in Doha.

The Road to Doha

These three issues remain pivotal as attention now turns to COP18 in Doha. Other issues will undoubtedly emerge in the coming months, too, bringing new debates.

Climate finance and equity are likely to rise on the agenda.

It will be key to get a political signal from developed countries that finance will continue to flow at least at current levels and will be ramped up over time towards the agreed-upon 2020 goal of $100 billion. Developed countries facing fiscal and economic constraints are likely to push back on this commitment.

On the emotive and central issue of equity, some will argue that those who are historically responsible for climate change—industrialised nations—must carry the bulk of the burden in reducing emissions in order to allow other countries to develop. The counterpoint is that all nations must act together to close the emissions gap, a difference of opinion that will set the scene for vigorous debate.

One thing is certain, though – equity cannot be about sharing failure. As we move towards Doha, discussions on both climate finance and equity need to resolve with firm paths forward—not continued bickering.

This article originally appeared on the WRI Insights website and has been reproduced on RTCC with their permission.

Edward Cameron is the Director of the International Climate Initiative at the World Resources Institute. In this capacity Edward is tasked with shaping and executing an ambitious five-year strategy designed to inject urgency, ambition and innovation into the evolving global climate regime.

Yamide Dagnet is a Senior Associate with the World Resources Institute’s Collective Climate Action Objective. She leads the Blueprint 2015 project, which aims to incrementally build an enabling environment that can secure, by 2015, the level of action by countries required to meet the 1.5 or 2 degree goal and achieve a sustainable low-carbon economy.