Russia’s leaders are under increasing domestic pressure to sign up to a second commitment of the Kyoto Protocol (KP2) according to newspaper reports.

The Russian daily Kommersant says the government is warming to the idea of signing up to KP2, following pressure from business organisations.

Russia had previously stated it would not extend its commitments beyond the first 2008-2012 period, but Deputy prime minister Arkady Dvorkovich said on Twitter today a decision had yet to be taken, writing: “This decision has not been taken.” 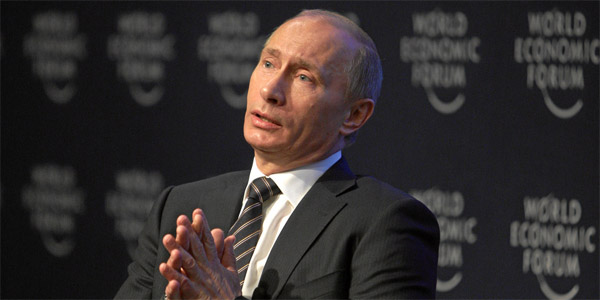 Could pressure from business mean the Russian government will take a U-turn on Kyoto? (Source: World Economic Forum/Creative Commons)

The news comes a day after the latest round of UN climate talks concluded in Bangkok. Observers at the negotiations told RTCC that together with the EU, Australia, New Zealand and Ukraine could all sign up to KP2.

Russia took its time to ratify the first commitment period of the Protocol, over fears it could impact the country’s economic growth, eventually signing up on 18 November 2004.

But since then the country has benefited hugely from the Protocol’s market mechanisms, particularly Joint Implementation.

According to the website Point Carbon, Russian industrial and energy companies have been lobbying their government to sign up to KP2, which would allow them to continue to earn carbon credits for emission reduction projects under the UNFCCC’s Joint Implementation (JI) mechanism.

If Russia were not to sign up to a second commitment, companies would no longer be able to benefit from earning carbon credits for such projects. The chairman of the Least Developed Countries group Pa Ousman Jarju told RTCC that developed states (Annex I) who chose not to be part of the Kyoto Protocol ‘could forget’ about the mechanisms.

Russia also has the highest number of surplus AAUs of any country – 5.8 giga tonnes, twice the amount of the EU. AAUs are the emissions allowances which set out how much a country can pollute each year under the protocol.

If Russia were allowed to carry their surplus over to a second commitment period it would make any reduction targets in this period much easier to meet, making it in their interest to sign up to a new commitment. Negotiations into what should happen to AAUs and whether countries should be allowed to carry them over are still ongoing.

Yuri Fyodorov, the co-chairman of a working group from Business Russia told the paper: “The second Kyoto Protocol commitment period is in the interests of Russia and Russian business and will enable active participation, including in the establishment of a global international agreement.”

Jason Anderson, Head of EU Climate Change and Energy Policy at WWF told RTCC that while it was conceivable that these discussions he is less convinced they would carry weight in the decision making process.

“In Russia there could be any number of debates at lower levels but you do not know what will happen until President Putin decides, if it gets high enough for him to decide,” he said. “It is conceivable that these discussions are taking place but they would not be the expression of vigorous and widespread debate.

“There are certainly some people voicing these issues in Russia but whether they see results and carry the day internally is still yet to be seen.”

He said that a move such as this from Russia could be a “helpful expression” and could help the EU’s position, offering more weight to push for undecided countries such as Australia to sign up a second commitment and countries such as New Zealand and Japan to change their mind.

No announcement is expected until the UNFCCC ministerial meeting in South Korea ahead of COP18.