The policy plan outlines the Party’s position on a number of issues ahead of November’s election with climate change and related concerns featuring prominently. 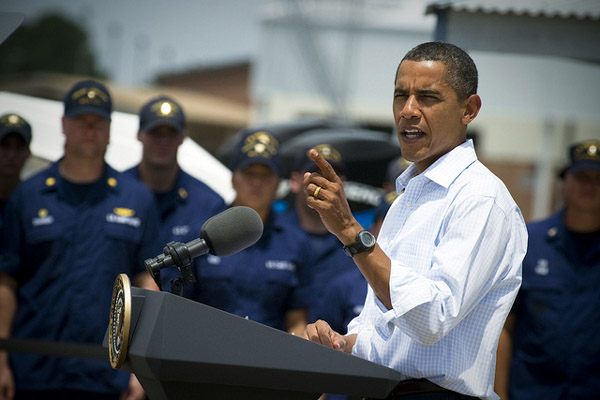 “The President and the Democratic Party have steadily worked to build an international framework to combat climate change. We will seek to implement agreements and build on the progress made during climate talks in Copenhagen, Cancun, and Durban, working to ensure a response to climate change policy that draws upon decisive action by all nations.”

The 2012 platform also states the importance of ensuring action from economies that are seen as representing a new threat to US trade.

“Our goal is an effective, international effort in which all major economies commit to reduce their emissions, nations meet their commitments in a transparent manner, and the necessary financing is mobilized so that developing countries can mitigate the effects of climate change and invest in clean energy technologies.

“That is why the Obama administration has taken a leadership role in ongoing climate negotiations, working to ensure that other major economies like China and India commit to taking meaningful action.”

The US has been accused of going backwards at the current UN climate talks in Bangkok after they requested that a new deal on emissions should provide flexibility.

Election rival Mitt Romney has no mention of climate change in his campaign and in fact derided the issue during a speech at the Republican Convention last week. He has proposed to make the US energy independent by 2020 by ramping-up plans for offshore drilling and shale gas exploration.

While perhaps not as strong as the 2008 equivalent document, the 2012 edition refers to climate change threats as “real, urgent, and severe”.

On Arctic drilling, the Democrats have taken a similar line to that of Russia stating that “Democrats are committed to balancing environmental protection with development, and that means preserving sensitive public lands from exploration, like the Arctic National Wildlife Refuge, Pacific West Coast, Gulf of Maine, and other irreplaceable national landscapes.”