US negotiators have been accused of undermining the UN climate talks after calling for a new treaty to be ‘flexible’ and ‘dynamic’ rather than legally binding.

US delegate Jonathan Pershing argued a new deal should learn from what he termed the mistakes of the Kyoto Protocol, claiming that what he described as Protocol’s inflexibility guaranteed its failure.

‘Dynamic’ refers to the belief of many parties to the UNFCCC that a treaty needs to be able to react to changes in a country’s economic growth and development.

Others describe its use as a negotiating tactic designed to gain as much ‘wiggle room’ as possible.

Pershing’s intervention apparently left delegates stunned, given the USA’s previous support for the Durban Platform agreement at COP17 in Durban last year. A core element of that deal was its stipulation of ‘a legal instrument or legal outcome’. 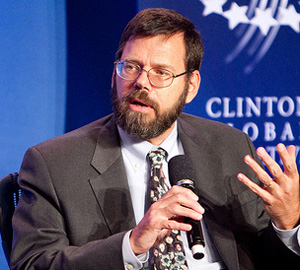 Climate Action Network, who are observing the talks in Bangkok, commented: “We would suggest the next time Dr. Pershing feels the urge to make yet another comment about the rapidity and effectiveness of agreements here in the UNFCCC, that he stop and take a long, hard look at what the US is doing, compared to its fair share of the much greater global effort needed to address the urgent threat of climate change.

“The assertion that top-down agreements produce lower-ambition results is nonsensical.

“It goes without saying that complementary investments to support change in the real economy are critical to change a country’s perception of its national interest. But top-down agreements are essential to incentivise ambition.”

Lead US negotiator Todd Stern angered many of his peers last month with a call for the target of keeping global warming below 2C to be dropped – claiming it would lead to deadlock. Stern later said he had been misunderstood, but emphasised the need for talks to be ‘flexible’.

Support for Pershing’s suggestion has been limited. Australia and Norway both agreed that flexibility and what they termed a dynamic agreement were useful, but stress the importance of a legally binding conclusion.

We need an agreement that can stand the test of time…to serve for decades…it needs to incorporate change e.g. the US leaving #UNFCCC

Developing countries also continue to push for a new ‘protocol’ or a new ‘legal agreement’.

Negotiations over the trajectory talks towards a legally binding deal in 2015 have been overshadowed as the future of both the Kyoto Protocol and the LCA are discussed and debated. Observers have told RTCC few concrete plans are emerging.

The Durban Platform, agreed at COP17 last December, sets out a pathway towards a new legally binding agreement on climate change to come into force by 2020.

“It has been a very interesting process to see countries sit and reflect on the history of the LCA and Kyoto, and think about what they might like in the Durban Platform,” Chris Wright from Adopt a Negotiator told RTCC.

“The openness has characterised much of the informal process here in Bangkok (as opposed to the COPs) and it is interesting to see countries discuss in such an open fora, as opposed to necessarily ‘negotiating’ in such a way.

“This is in itself highlighting how bad the negotiators are in being creative, as opposed to negotiating their positions. In that sense, it is disappointing to see that even in this imagination stage, a lot of country groupings are still sitting on their party positions.”