The European Union appears unlikely to adopt tougher targets for carbon emissions this year after an official at the UN climate talks in Bangkok was quoted as saying further cuts were ‘wishful thinking’.

The EU’s current ambitions for 2020 involve reducing emissions by 20% on 1990 levels, improving energy efficiency by 20% and increasing the share of renewables in the bloc’s energy mix by 20%.

In recent months there have been moves for the EU to increase those 2020 targets to 25% or 30%, but a report from the PushEurope campaign group reveals that at an informal session of the UN talks currently taking place in Bangkok an EU official said: “25% is not reality, it is wishful thinking.”

The UN talks were “unlikely to see changes in pledges this year or in other parts of the world”, the official was reported as saying.

The European Commission’s own analysis showed that an increase in emission cuts to 25% could be easily met and would be more economical, but it has met with fierce resistance from some quarters – notably Poland and energy commissioner Gunther Oettinger.

Ironically the EU’s 2050 low-carbon roadmap, published in 2011, clearly states that achieving 25% reductions would be fairly straightforward.

“If the EU delivers on its current policies, including its commitment to reach 20% renewables, and achieve 20% energy efficiency by 2020, this would enable the EU to outperform the current 20% emission reduction target and achieve a 25% reduction by 2020,” it says.

If this is now an official EU policy it will come as a blow to climate commissioner Connie Hedegaard, who has been a vocal supporter of adopting a more ambitious goal.

#Bangkok talks: EU will try to speed up progress, hopefully others will too #UNFCCC #climatechange

The 30% emissions reductions target is a proposal supported by a number of leading EU states, notably the UK.

In April Energy and Climate Change Minister Greg Barker told the BBC: “We are going to comfortably exceed our 2020 emissions target as things stand, which is 20%. We think we are in a good position to raise that level of ambition to 30%.

“We want to do that in conjunction with the rest of Europe. We are working not just on the environmental case but the economic case, looking at the huge growth in low-carbon and clean technology not just in Europe but around the world.

“We need to be a cleaner economy.”

EU member states are responsible for approximately 11% of global emissions, so in one sense an argument over 20% or 25% could be seen as splitting hairs.

But where the EU leads others follow, particularly on key issues such as the Kyoto Protocol, emissions trading and efficiency standards, which is why the bloc’s policy pronouncements are so important. 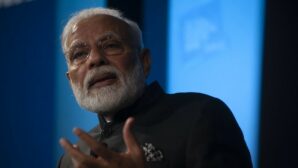