In a study, published in the journal Science, researchers found that while previous estimates suggest absorption-boosting chemicals surrounding black carbon, or soot, could increase the sunlight soaked up by a factor of two – 200% – this increase in absorption could in fact be a low as 6%. 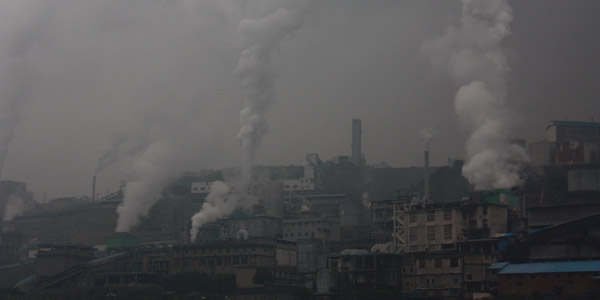 Black carbon could have less of an impact on atmospheric warming than previously thought (Source: fun.leo/Creative Commons)

The team, who analysed air samples in the Californian cities of San Francisco, Los Angeles and Sacramento, said black carbon would still have a significant effect on global and regional climate.

Previous studies have put the warming effects of black carbon second only to carbon dioxide.

Unlike carbon dioxide – which can survive in the atmosphere for decades and centuries – black carbon has a short life span of around two to three weeks.

It is part of a group called Short-Lived Climate Forcers (SLCFs) which also includes methane and ozone.

During their lifetime, black carbon particles are coated in airborne fragments that tests have shown act like lenses capable of increasing the particles ability to absorb sunlight – and therefore heat the atmosphere.

The latest study will question the work which is going into targeting these short-lived gases – considered quick wins for those tackling climate change on both a global and regional level.

In February 2012 the US launched a voluntary emissions reduction scheme aimed at cutting black carbon and other SLCFs in developing countries. Seventeen nations are now signed up to the scheme including Sweden, Canada, Ghana, Bangladesh, Mexico and the UK.

The researchers say this latest study opens up the stage for further studies around the world to better understand the impact of these chemical coatings.

“When you put a soot particle into the atmosphere, we know it contains an elemental carbon component and we know that its absorption will be based on mass and size,” says Timothy Onasch from Boston College.

“But black carbon particles in the air are constantly changing. They collect inorganic and organic materials, they grow, change shapes and change composition. These changes affect the absorption or warming capability of the black carbon. So the question remains: to what extent exactly?”