The Arctic has lost more sea ice this year than in any other year since satellite records begun, says NASA. 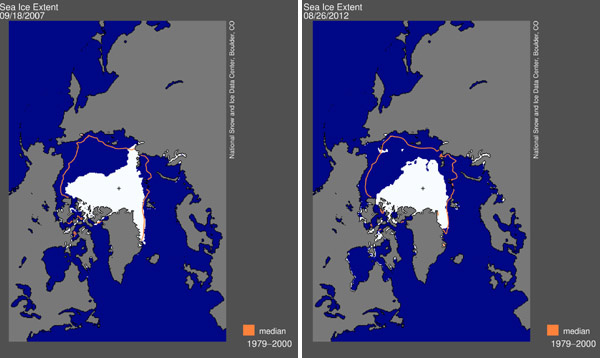 Earlier this month, scientists from the US National Snow and Ice Data Center warned that is moment was coming.

The sea ice in the Arctic grows during the cold winters and shrinks when temperatures climb in the summer months. Over the last three years a 13% decline per decade in the summertime minimum has been observed. 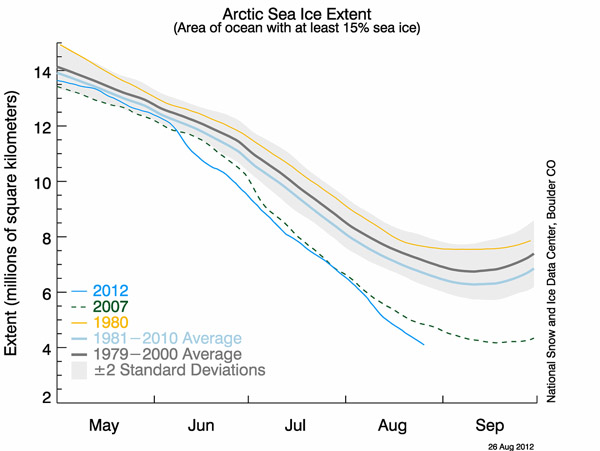 While sea ice normally reaches a low point in September, the scientists warn this breaking of the record earlier in the summer is likely to mean the sea ice will continue to melt before the sea ice cap begins to grow again.