The next meeting of the Green Climate Fund (GCF) has been scheduled for October in South Korea, the organisation’s board announced at the close of its first sitting.

The meeting on October 18-20 will select the host nation for the GCF, which aims to raise $100bn annually to fund projects to reduce, and protect against, the impacts of climate change in the developing world. 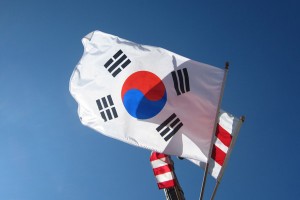 South Korea will host the next meeting of the Green Climate Fund. (Source: FutureAtlas.com)

Namibia, Poland, Germany, Switzerland, South Korea and Mexico are in the running and presented pitches to the GCF’s 24-member board.

A winner will be selected in Korea and referred to the UNFCCC climate change talks in Doha this November for endorsement.

Zaheer Fakir Head of International Relations and Governance of the Department of Environmental Affairs, South Africa and Ewen McDonald, Deputy Director General of the Australian Agency for International Development (AusAID) were chosen for a 12-month term.

The two co-chairs were pleased with the progress of made during the first three day session.

“The Green Climate Fund is one of the key outcomes of several years of multilateral climate change negotiations,” said Fakir.

“Our task as the Board is to turn these agreements into implementable actions that can transform the livelihoods of people responding to the impacts of climate change,” he added.