Can a tiny island show the world the way on climate change?

When people think about islands with a proactive outlook on the global climate change and sustainability agenda, they are most likely transported to the low lying pacific isles that have campaigned tirelessly and punched far above their weight in the international climate arena.

The Ecoisland concept, that will arm islands and other community groups from around the world with the knowledge and technologies required for a sustainable future, however, traces its origins to the Isle of Wight, off the south coast of England. 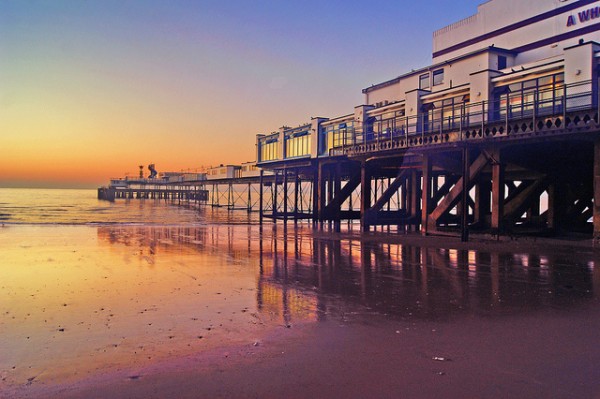 Sandown Pier on the Isle of Wight, which is aiming to be energy independent by 2020. (Source: Flickr/Sidibousaid60)

It may be a new entrant to the international climate change arena but the Ecoislands movement is wasting no time.

The island has targeted energy independence by 2020, is working with a number of global technology giants to develop a cutting edge smart grid and has just received a grant for an experimental hydrogen energy storage facility.

Founder David Green is a firm believer that when it comes to energy security and sustainability, actions speak louder than words.

“People have spent too much time trying to agree wholeheartedly with everything that has to happen, before doing anything,” says Green

“The result is similar to hillwalking, you end up going at the rate of the slowest. We decided we’d start out at the front and see if we can get people to catch up with us.”

So what is special about  islands? Why might they be better suited to triggering climate action than any other sub-section of society?

There are a few common traits in island communities that may be responsible.

Islands frequently engender a strong sense of identity, the pursuit of independence from “the mainland” or a larger neighbouring state. Many island communities have already survived against the odds and doing it all again in the face of the challenge posed by climate change is nothing new.

Many of these traits are encapsulated in the Ecoisland project, but there are simpler reasons too.

“It is very easy to measure things on an island and that provides an insight in microcosm about what is happening on the big island to the north,” he says in reference to the UK mainland.

“We can prove the concept by being the guinea pig, the living laboratory for these ideas. We can crack it here and then we’re in a position to roll it out elsewhere in the country and even in other parts of the world.” 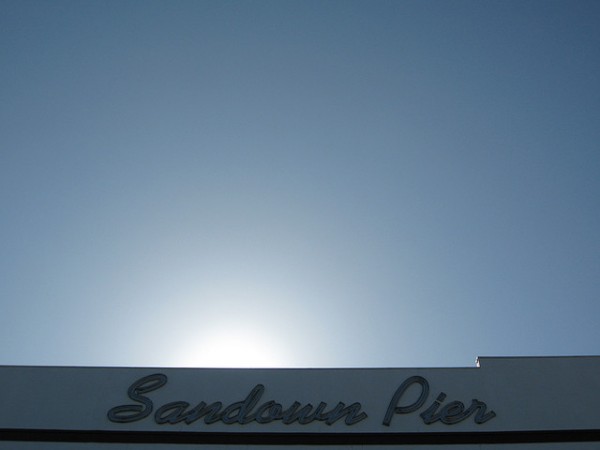 As one of the sunniest locations in the UK, the Isle of Wight is well placed to exploit solar energy. (Source: Flickr/p-a-t-r-i-c-k)

The plans include making the Isle of Wight energy self-sufficient by 2020 and energy efficiency plays as big a role as renewable generation.

It is working with IBM, Toshiba, Cable&Wireless Worldwide and UK utility firm SSE to roll out a smart grid. It has just received a £4.6m grant to trial a hydrogen storage system for excess renewable energy that will also integrate a vehicle charging station as it looks to cut its fossil fuel dependency for liquid fuels too.

Small wind projects, geothermal, solar and waste to gas projects will be developed to meet the island’s 120MW power demand.

Islands in the stream

In October, the Ecoislands Summit will see a chunk of the UK’s island communities as well as some from as far away as Japan, converge on the Isle of Wight’s major port, Cowes to learn from the Ecoisland experience thus far.

“We’re expecting a lot of people to sign up to be an Ecoisland and they’ll put in the IBM Intelligent Operations Centre (IOC) and the hope is we can give them the blueprint or the greenprint if you like. We can give them the technology, access to the partners and if necessary, the funding.

“We have a central funding pot that can help develop the technologies. The hope is that in ten years we can wean them off fossil fuels, put in renewable energy generation capacity and eventually hit some much bigger carbon reduction targets than maybe central governments can,” says Green.

Funding is not only important for the obvious reasons, for spending. Green also believes that the self sustaining model of Ecoisland breeds confidence and removes some of the intimidation.

Crowdfunding: A new source of finance for sustainability and renewable energy

Transition 2:0 – A story of community and climate resilience in a time of global inaction

“It has been entirely fuelled by private money that serves us well because if it had been founded on grants or handouts people would say “oh you were lucky, you got yourself a fairy godmother. What we are doing is not predicated on subsidies. It is a very healthy economic model as a standalone.

“By doing it from grassroots, it all started with the sale of our first Greenback card, an individual putting £20 in, from that day on it has all come from commercial partners and opportunities and commercial activities.”

The Greenback card is a discount scheme involving 80 businesses with strong ethical claims or directly selling green services. In order to access the offers you must first buy the card for a 12 month period for £20. Thousands have been sold – with the money helping to fund the Ecoisland venture.

The potential of the Ecoisland scheme is undoubted. The scope of the project could leave some small islands feeling daunted and isolated, however, the self-sustaining business model and the Green’s “living laboratory” on the Isle of Wight will negate much of this feeling.

The most important message of any future Ecoisland success story could be “less talk, more action”.

If that mentality can jump across the water to a few mainland governments we may see more of the ambition and urgency so badly needed to wean ourselves off fossil fuels and towards a world with less than 2°C of warming.

The Ecoislands Global Summit will take place on October 16-17, 2012 in Cowes, Isle of Wight.