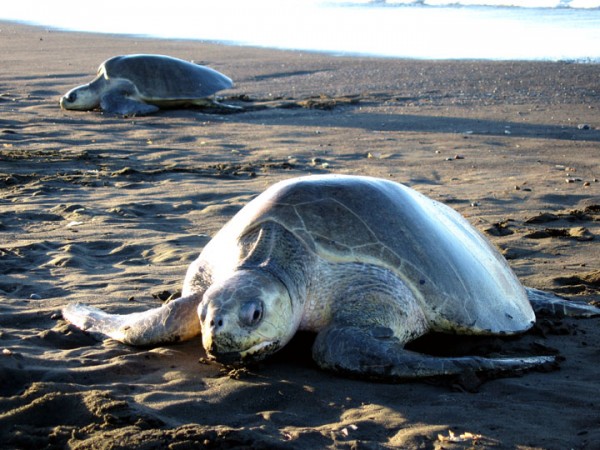 The Olive Ridley turtle is considered vulnerable on the IUCN Redlist and while it is one of the most abundant marine turtle populations, it’s numbers are dwindling.

Rough estimates put the worldwide population of nesting females at about 800,000 and still in decline. In the United States, the western Atlantic population of the species is described as endangered while other populations are classified threatened.

Many governments have protection in place for Olive Ridleys but problems persist including eggs being taken, nesting females being killed and turtles being caught up or drowned by fishing nets.

Olive Ridley turtles are named so because of the colouring of their shells, which start grey but become olive green. They are one of the smallest species of sea turtles – at 2 feet in shell length and weighing up to 100 pounds.

They are solitary species and prefer the open water. They come together as a group once a year when females return to the beaches where they were hatched to nest.