Climate Live: Romney sets out plan for US energy independence, Green Climate Fund board meets and risks of rapid warming to Antarctic Peninsula

1725 Green entrepreneurs in the UK are in for a boost. The Department of Energy and Climate Change has announced a modest but welcome funding package of £16m for low carbon technologies.

1630: Having already relocated an estimated 1.3m people, the Three Gorges Dam could now dislodge more after a series of landslides along the banks of its reservoirs. Tens of thousands of residents, including some who have already been dislodged once by the project, are to be moved due to “geological hazards“.

1530: The Sierra Club have released a response to the Romney energy plan. They say:

“Mitt Romney has devised an energy insecurity plan that would make us even more dependent upon oil, coal, and gas companies while ignoring climate disruption, economic growth, and the health and well-being of the American people.

Does anyone really think that the winning economy of the 21st century can be built on 19th century fossil fuel technology? Romney’s plan is an anchor to the past. The future America deserves is one in which energy doesn’t cost lives, and no one has to choose between a good job and good health.”

1325: The co-chairs of the Green Climate Fund Board will be Australia and South Africa. The decision was made at the first meeting of the board which got underway in Geneva this morning.

In Geneva, Australia and South Africa have been elected to co-chair the #GCF Board. Still unclear whether and how observers can participate.

1200: Wind turbine makers Vestas has shed another 1,400 jobs (brining total redundancies for the year to over 3,700) following a quarterly pre-tax loss. 1100: The world’s first community-owned tidal turbine is set to be built and deployed in Scotland, according to First Minister Alex Salmond. 1000: East Midland and Bournemouth airports in the UK have become the first in the country to achieve “carbon neutral” ground operations. Both airports implemented a series of carbon reduction programmes over the last six years. 0900: One of the UK Government’s most senior scientific advisers has said the hope of restricting the average temperature rise to 2°C was “out the window”, and that the rise would be as high as 5°C. He also called on the Chancellor, George Osborne to back efforts to cut the country’s CO2 emissions. 0830: Following months of delays the first meeting of the UN’s Green Climate Fund begins today in Geneva. The fund is meant to be the biggest funding route for the $100 billion a year that developed countries have pledged by 2020 to help poor nation adapt to climate change. However, it is expected that key decision such as where the fund should be based, who should run it, how it will operate and how it should raise funds could still be months away. The first meeting is expected to deal with the process – including discussion on how to choose a location for it and how to appoint co-chairs. Rapid warming over the Antarctic Peninsula over the last 50-100 years has contributed to ice shelves collapse, says scientists, warning future warming could destabilise ice shelves thousands of years old. US Republican presidential candidate Mitt Romney is expected to lay out policies today which will aim to make North American energy independent by 2020. The plans will include a sharp increase in the production of oil and natural gas on federal lands as well as off the US coast. Top Tweets

Picture of the Day

Nasa images show the difference between the Mississippi River between spring 2011 – when it swelled to historic levels – and 2012 when it reached record-low levels. 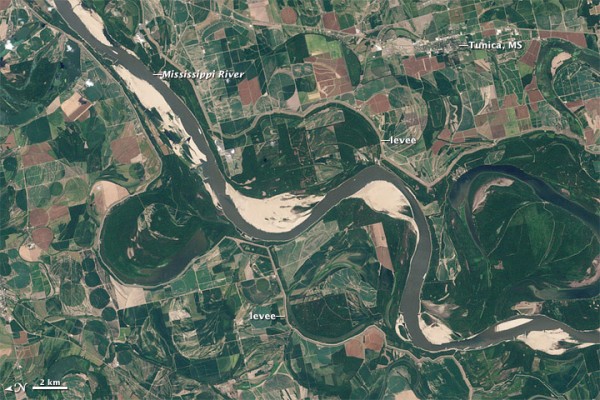 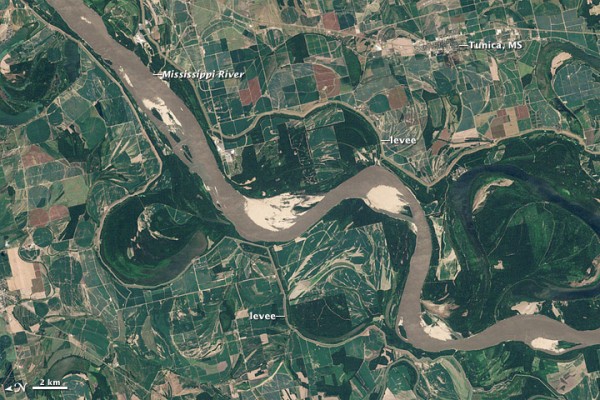 The island nation Palau fights back against climate change.