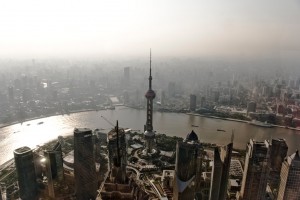 The Chinese government has announced that it will invest $372bn in energy reduction projects as it looks to reduce its impact on the environment and cut its dependency on foreign fuels.

The money will be used during the next three-and-a-half years but no specifics were given about what types of projects would receive funding.

Given the specific targets doled-out to several high-emitting sectors, industry is likely to be a big recipient.

The State Council said that steel producers must cut emissions by 25%, coal power plants by 8% and cement factories by 3% by 2015 based on a 2010 baseline.

The country is looking to cut its annual coal use by 300 million tonnes.

Allan Zhang, Sustainability and Climate Change Director at PricewaterhouseCoopers (PwC), told RTCC in February that the country needed to re-examine its economic strategy in light of pressures on resources.

“Even coal is in short supply… nowadays the resources are in such a state that China can no longer rely on the same growth model. It has to find a way that consumes less resources, less energy and is more environmentally friendly,” said Zhang.

The country is developing seven regional emissions trading programmes and is widely expected to establish a national scheme in the future.