The price of climate change: What can the carbon economy do to cut emissions?

The idea was to make the licence to emit carbon a tradable commodity, one that would incentivise efficiency and penalise waste.

Go over your issued allowance and you would have to buy someone else’s. If you could lower your emissions, then you had excess credits that you could sell on.

It appeared to be a fairly simple formula that formed the backbone of the EU’s Emissions Trading Scheme (ETS).

Unfortunately, several factors have complicated matters. And the price of carbon, and so the incentive to lower emissions, has been at a catastrophic low for many months. 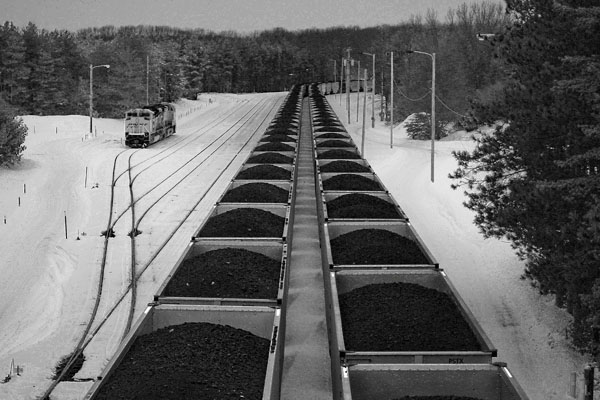 The energy sector is one of the hardest hit by carbon trading and taxes, but can also deliver the greatest emissions cuts. (Source: Flickr/wsilver)

Friends of the Earth, WWF and climate sceptic and member of the European Parliament Roger Helmer have called it a failure.

But the best place to get second opinion is not necessarily with the NGO community or politicians but inside the financial system itself.

First of all, the problem with the EU ETS in particular is the huge oversupply of credits in the market. Companies were given their current allocations pre-recession and for the period 2008-2012.

This fixed supply of credits meant the market couldn’t react to the effect of the recession.

“There was an initial decline in emissions in 2009 and the slow recovery or absence of recovery, has left the market very much with a problem of its own making,” says Knell.

He argues that to lay all the blame with the downturn is an oversimplification.

“There’s another import part of the story,” he says. “The way the different sides of EU green agenda policy measures, specifically with regard to renewables and efficiency have also contributed to the development of the oversupply of credits in the market.”

These policies have encouraged reductions in emissions that have left many firms needing fewer allotted carbon credits.

“Our calculations suggest that the actual impact that these policies would have on the carbon market have been grossly underestimated. If the EU targets on renewables and efficiency are realised, then the carbon price is zero, the oversupply will be irrecoverable,” warns Knell.

There’s two ways to look at this. Lots of emissions have been cut, but the mechanism for future efforts has been hamstrung. One solution would be greater ambition from the EU targets to challenge firms to make deeper cuts.

Other markets sprouting up around the world at a regional and national level are looking at the experiences of the EU scheme and taking note.

Australia is auctioning a greater proportion of its credits rather than allocating them all.

Dubious offset credits, such as those awarded for “decommissioning” industrial gases with huge global warming potential, have been excluded from the EU system and will not make it into new schemes from the off.

Newcomers are also designing carbon markets with shorter trading periods so any imbalances in allocations can be adjusted. 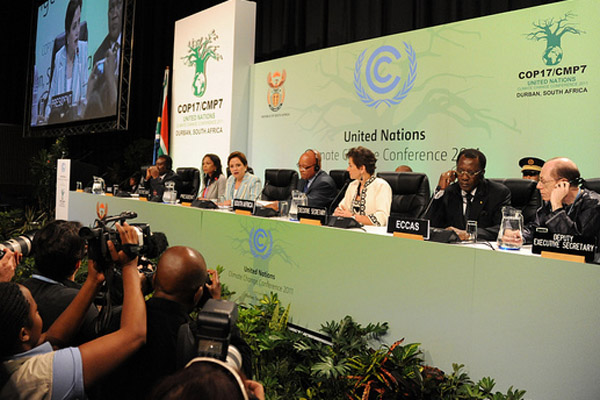 The UN is one platform where politics can boost carbon trading but there are signs top-down frameworks aren’t required. (Source: Flickr/UNFCCC)

Ban Ki-moon’s special advisor and development economist extraordinaire Jeffrey Sachs has said that simply taxing companies instead of setting up trading schemes would be a better option.

He wants to see a global carbon tax but experience of international climate change politics so far would suggest that might be tricky. Even at an EU level, Knell says he likes the idea, but getting all 27 nations to agree could be hard enough.

“It could be more readily applied to other sectors of the economy. Including residential and transport. I for one would view…it is an opportunity to make the Union work in a better way and having a coherent and consistent carbon policy across the member states. It would generate a huge amount of public money at a time when it needs it.

“How realistic is it that you could have one carbon tax across the whole EU? Sovereign authorities do not want to relinquish their control over means by which they generate revenue. If you start expanding this out to global climate change politics, again there are huge benefits with taxation but essential difficulties that will hold it back.”

So is the global binding deal that will be discussed at the next UN climate change meeting in Doha a must for carbon finance?

The principles behind the Durban Platform COP17 agreement mean all nations are ultimately heading for a regime of binding emission cuts. This would surely be the shot in the arm emissions trading needs and provide some much-needed policy clarity.

But Knell makes a valid observation that casts doubts on the need for the international frameworks that the UN climate talks pursue, in order for there to be a healthy future for emissions trading.

“Emissions trading has never been more popular. This is taking place not against the backdrop of a firm, top-down structure such as that of the Kyoto Protocol offered but the flexibility of a bottom-up, nationally appropriate, voluntary mitigation strategy. That approach is seeing more emissions markets on the table.”