On the day when Wikileaks founder Julian Assange was at the centre of an international legal tug of war between the UK, Ecuador, Sweden and the US, it is important to remember why the site has created so much discomfort in diplomatic circles.

A global voluntary agreement was signed-off eventually but the failure of the talks tainted the process. 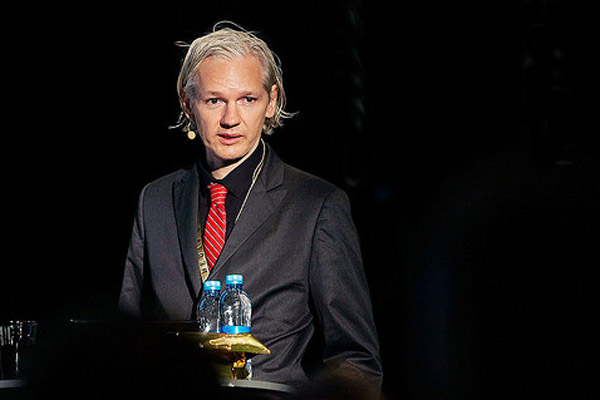 French environment minister calls to drop legally binding commitment
17 February 2010, From the US Embassy in Paris

“French Environment Minister Jean-Louis Borloo told the Ambassador that the key to advancing climate negotiations is to drop the notion of a legally binding treaty in favour of a system of national commitments. He also argued that it would be up to a small group of eight or ten heads of state, and their sherpas, to negotiate implementation of the Copenhagen Accord.”

The US on China
21 January 2012, US Consulate in Shanghai

“China has played a positive and constructive role in the climate negotiations by maintaining cohesion among developing countries.”

“China’s only concession during the talks was more cooperation with international organizations on verification of compliance on reduction commitments. The Europeans, however, “played a lot of tricks” and took advantage of their “united front” to endeavor to push CHINA to increase its carbon intensity reductions to an unacceptable level of 60 percent.

China’s Government struggles to keep up with negotiation process

“The behavior of China’s delegation at Copenhagen reflects not only a lack of coordination between the Foreign Ministry and National Development and Reform Commission, but also that China´s internal decision-making process does not mesh with the fast-moving negotiating environment that characterized the Copenhagen discussions.”

February 26, 2010, Meeting with Maldives’ Ambassador to the US and the State Department, Washington DC

“[Ambassador] Ghafoor proposed that President Obama deliver a speech on climate change from Maldives when he next visits the region. He said Maldives would provide a dramatic backdrop and draw further attention to environmental challenges the islands face.”

The US on Saudi Arabia

February 12, 2010, US Embassy in Saudi Arabia to Todd Stern and Jonathan Pershing of the US State Department

“There appears to be a growing sense within the SAG that it may be in danger of becoming isolated on climate change, which may prompt a re-examination of its position. Saudi officials have suggested that they need to find a way to climb down gracefully from the country’s tough negotiating position.”

“On one hand, Saudi Arabia’s lead climate change negotiator has criticized the Copenhagen process in private and in public, arguing that the UNFCCC process is the only acceptable legal framework. On the other hand, Saudi officials are very eager to obtain investment credits for Carbon Capture and Storage (CCS) and other technology transfer projects that will only become available once an agreement has been reached. Saudi officials express concern about the impact a transition to a low-carbon energy mix will have on the country’s revenue stream at a time when it faces enormous financing needs to transform its economy to create jobs for its young, growing population.”

“Thani Al Zayoudi, a policy advisor at the Abu Dhabi Future Energy Company (Masdar) who also serves as Masdar’s Director of the International Renewable Energy Agency (IRENA) Department, told EconOff on February 22 that the UAE had kept its association low key for political reasons. He noted that Kuwait had rejected the Accord and that Saudi negotiator Al Sabban had told the UAE in a recent call that Saudi Arabia also planned to reject the Accord.”