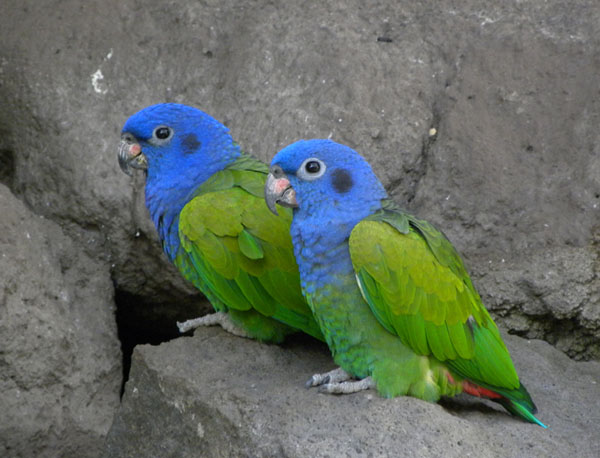 The Blue-headed Parrot (or Pionus Menstruus) is found in abundance in the forests of Central and Southern America especially Brazil, Colombia, Costa Rica, Ecuador and Peru.

While not thought to be vulnerable – listed as a ‘least concern’ on the IUCN Redlist – their numbers are thought to be in decline.

In areas of Eastern Brazil, deforestation and illegal trade are threatening the numbers of parrots.

Over the next 20 years the blue-headed Parrot is expected to lose 18 to 23% of its suitable habitat within the Amazon due to deforestation. Numbers of the bird are expected to decline 25% over the same period.