The NGO presented its spill response forecasts during the meeting in Moscow and laid out its primary concerns regarding arctic drilling.

As covered by RTCC recently, oil exploration in the Arctic will not only impact on biodiversity in the region, but could also critically accelerate climate change due to the release of CO2 currently locked into the region’s hydrocarbon reserves. 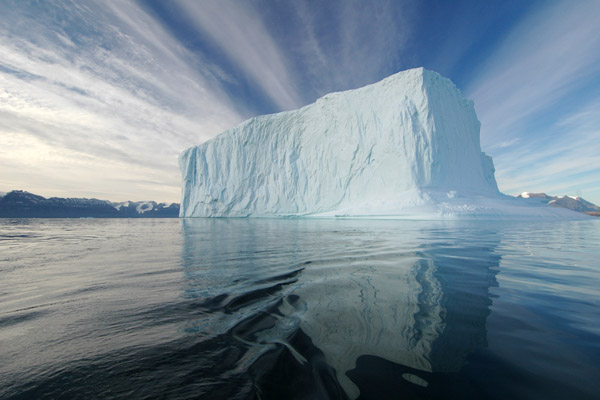 The presence of ice and severe weather conditions make an oil spill clean-up in the Arctic almost impossible, according to Greenpeace. (Source:Creative Commons/Rita Willaert)

“We presented a range of reports including are spill modelling which shows that it would be virtually impossible to clean up a spill were it to happen,” Naidoo told RTCC.

According to a Greenpeace report released yesterday in conjunction with WWF, the Russian energy giant Gazprom would be unable to respond to an oil spill in the Arctic due to the severity of the conditions.

It also discovered that Gazprom’s spill response plan expired in July rendering any Arctic drilling that it undertakes, illegal.

“We also informed them that it was our intention to push for the Arctic to be declared a global sanctuary and a global commons. They interacted with each of the points and they said that their main objective was to balance economy and ecology.”

As summer sea ice levels fall, the Arctic is becoming a more viable territory for oil and gas exploration with Russia set to be one of the main benefactors.

Greenpeace is currently pushing its Save the Arctic campaign to prevent the region from opening up to oil drilling, shipping and other economic activity that it says could have dire consequences.

Shell, which has plans to begin exploratory drilling off the coast of Alaska later this summer, has experienced a number of set backs with its plans. In the latest development, a member of its Arctic fleet has been leaking fluids into the dock where it is undergoing upgrades.

The ship’s refit has already delayed Shell’s Arctic plans by more than a month, a long time in a window of opportunity limited by the short Arctic summer.

RTCC Q&A: Why Shell’s Arctic adventure could have implications for us all