A new “Ocean Health Index” designed to score every coastal nation in the world on their contribution to the health of the world’s oceans shows “room for improvement” with global oceans scoring an average 60 out of 100.

The index, published in Nature, was designed to evaluate the ecological, social, economic and political condition of every coastal country in the world.

A collaboration of 30 universities, non-profit organisations and government agencies it pulls together data on the current status and likely future conditions of the oceans. 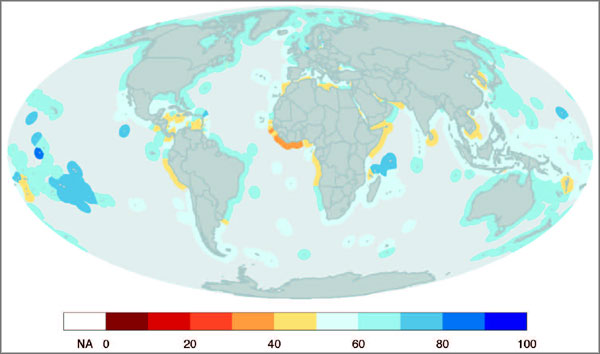 Each goal was then tested against sustainable development criteria with many incorporating penalties for pursuing them in a way that would hamper future delivery.

Globally oceans scored an average of 60 out of 100 with countries varying widely – between 36 and 86 – showing “substantial room for improvement” according to the report.

Thirty-two percent of countries scored less than 50 on the index while only 5% scored more than 70.

Generally, developed countries did better on the index than developing countries and scores correlated with the Human Development Index.

There were, however, noticeable exceptions. Poland and Singapore scored low on the index (42 and 48 respectively) whereas Suriname (69) and the Seychelles (73) scored highly.

The scientists warned scores on half of the goals are getting worse, and that the current assessment could be overly optimistic if existing regulations are not effectively implemented. 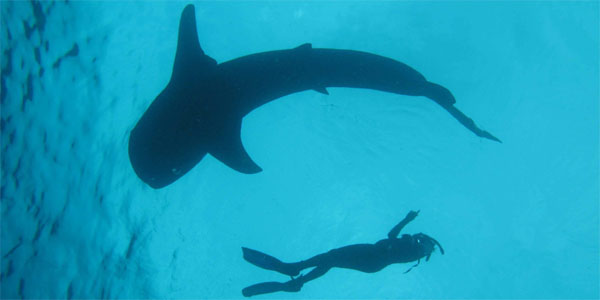 The index aims to assess both the natural and human conditions of the oceans (Source: © Conservation International/photo by Mark Erdmann)

Baseline for the future

The researchers say the current analysis is meant as more of a baseline for the future than as a conclusion about the health of the oceans.

“When we conclude that the health of the oceans is 60 on the scale of 100, that doesn’t mean we are failing,” said Karen McLeod, a lead author on the report from Oregon State University.

“Instead, it shows there’s room for improvement, suggests where strategic actions can make the biggest difference and gives us a benchmark against which to evaluate progress over time. The index allows us to track what’s happening to the whole ocean health instead of just parts of it.”

Video – Rio+20: Protecting the biodiversity of the oceans