North Carolina’s Democratic governor Bev Purdue used her veto to block plans to open the state up to the controversial “fracking” method of gas drilling.

The state legislature went to the vote in July 2012 to determine whether to override the veto.

This did not go to plan, after fellow democrat Becky Carney accidentally pressed the green “aye” button. It proved to be the decisive vote cancelling the Governor’s veto and forming the first foundation for shale gas exploration in the state.

North Carolina is perhaps the most liberal state in the South. A 2010 poll of North Carolina residents found that 52.2% attributed man made activity to at least contributing towards climate change. However, more than half its electricity generation comes from coal and just 5% comes from renewable sources, well short of its 12.5% target. 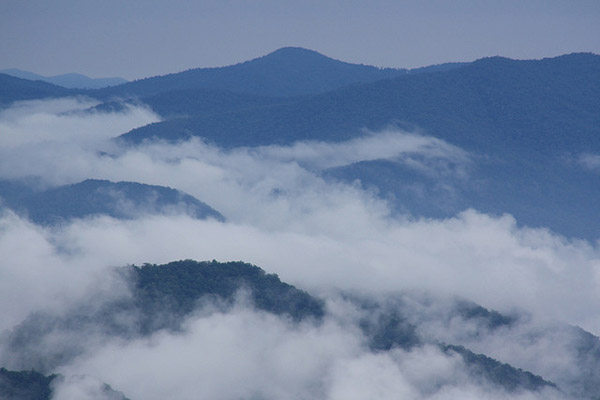 Carney was devastated. “I feel rotten, and I feel tired. And I feel that mistakes are made constantly when people are tired. But I take responsibility for my vote,” she told local TV.

The incident happened just weeks after the spotlight was on the state internationally for blocking planning decisions from using science on sea level rise to inform applications for coastal developments.

North Carolina has long been the most progressive state in the South East of the US. It introduced public universities, was the first to make voluntary commitments to clean up coal power plants and is the only state in the region to have renewable energy target. But these incidents are just the two most high-profile of a string of events that cast common sense aside in place of partisan politics.

The fracking vote in particular has left a bad taste in the mouth.

“It was an appalling abuse of power,” Molly Diggins, State Director of the Sierra Club for North Carolina told RTCC. “It was technically compliant with the rules so from a procedural standpoint the speaker and the leadership were correct. But there was a range of procedural options that would have allowed the member’s vote to be recorded accurately. It was purely ruthless.”

The formation of a committee to piece together regulations for fracking has already begun and controversy has struck again.

A concession was made whereby the all-industry body would also include two spots for conservationists. The State’s House Speaker Thom Tillis nominated Ray Covington, listed as member of the Lee County Agricultural Advisory Board. However, it appears Covington never attended any meetings.

He is better known as a major landowner in the areas most likely to be drilled. He is also co-owner of N.C. Oil and Gas, which is looking to bring all affected landowners into a consortium when it comes time to lease land to the drillers. He says there is no conflict of interest.

“Help me out a little bit. Where do you see the conflict of interest? I’m a landowner. Are you saying that we should exclude all landowners [from the commission],” he told local reporters.

Blocking the road for renewables

Diggins is not just concerned with what she calls the “all of the below” energy strategy, she is also unimpressed with moves to block the development of the renewable energy industry in North Carolina.

The state has the best east coast offshore wind potential but no moves have been made to exploit it, unlike further up the coast in New York.

It is also one of just four states that prohibits anyone apart from the incumbent utility monopoly from selling electricity, making the promising solar energy sector dead on arrival.

Even more worrying perhaps is the way these decisions are made.

“The legislature is working largely in a fact free environment and it seems pretty comfortable with that,” says Diggins.

“Science is treated as a commodity, if you don’t like the results you get, you just go find a different scientist. Opinions are viewed as carrying equal weight with facts and experts are viewed with suspicion – that they are manipulated somehow and can’t be relied on.

“This is particularly painful for North Carolinans. There is a tremendous amount of civic pride in the state about being a leader in the south east on a whole range of issues. To be the laughing stock of the world over the sea level legislation is not something anyone could ever have even remotely imagined happening in North Carolina,” adds Diggins. 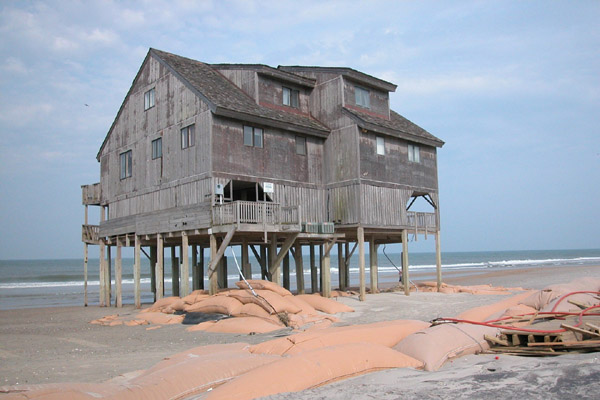 Sea level and coastal erosion are big issues in North Carolina yet the science is behind it is now banned from informing planning decisions. (Source: Flickr/Soil-Science.info)

Stuck in the mud

The great thing about democracy surely, is that voters can, come November, simply vote out the incumbents as punishment for these cynical actions. Not so fast…

The Republicans took both houses in North Carolina in the 2010 mid term elections for the time in 150 years. The victory was a double boon because the decadal redrawing of the voting boundaries was due and the majority party gets to fiddle the maps.

“There have been calls on both sides of the aisle for an independent committee to do the redistricting but for now the majority party does it, so regardless of which party it is, they draw the lines as favourably as possible,” says Diggins.

Does Todd Stern have a point over 2C climate change target?

Now the state’s legislature is experiencing the same stalemates and partisan squabbling as Congress has experienced in Washington DC. Just as in Washington, some have had enough.

“As a result of the changes, a number of moderates have said they feel the politics has become so poisonous that they can’t be effective, so they are resigning,” says Diggins.

The situation in North Carolina demonstrates how destructive party politics can be with voters ultimately losing out. Despite the universally negative response to the accidental vote, the embarrassment of the sea level science ban and the bare-faced cheek of the appointment of the shale gas “conservationist”, all of these decisions are insulated from the wrath of the voter by the same system designed to empower them.

Climate change politics is complicated at the best of times. If you introduce a questionable interpretation of democracy, it gets even messier.

“The public are supportive of clean energy, supportive of innovation, creativity and they are increasingly giving up on government as a way of getting those things done,” says Diggins.