Oceans swamped by fresh water from rivers and rain could make hurricanes, typhoons and tropical cyclones 50% more intense according to new research.

The study, published in Proceedings of the National Academy of Sciences, analysed a decade’s worth of tropical cyclones. It found that when hurricanes blow over areas of ocean filled with fresh water, the conditions can unexpectedly intensify the storm.

Scientists predict that global warming will affect the ‘ocean water cycle’, which refers to the movement of water between the atmosphere and the oceans.

Research into the water cycle earlier this year found that the difference between the saltier and fresher areas have become more marked in the past 50 years – leading to the conclusion that climate change is causing this phenomena to accelerate.

The more rain that falls in a particular part of the ocean, the more freshwater and the lower the salinity. The more evaporation there is, the higher the ocean’s salinity. Increased rain, inputs from rivers and streams and melting ice can all impact the freshwater content of the ocean. 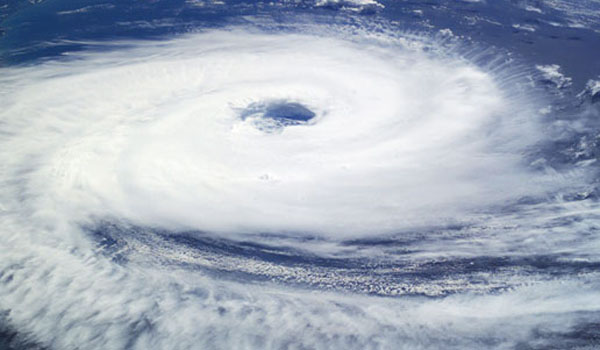 Under normal circumstances, say researchers, tropical storms travel across oceans, sucking up heat and building in intensity. The heat loss from the ocean’s surface layer drags colder water from the ocean below, cooling the surface temperature and providing less energy to the storm.

In areas where fresh water has been released into the ocean, however, a barrier is created between the surface water, and deeper, cooler water. When the storm forces water from the ocean’s depths, it comes from this ‘barrier layer’ of fresh water rather than the colder and saltier water beneath it.

The researchers found tropical storms travelling over a thick barrier layer of fresh water cooled 36% less than those travelling across areas without it – making them more intense.

Although the probability of hurricanes hitting fresh water conditions is slim (10-23% according to the study) the effects can be catastrophic.

“60% of the world’s population live in areas affected by tropical cyclones,” writes Karthik Balaguru, author of the report. “Cyclone Nargis killed more than 130 thousand people in Burma in 2008. We can predict the paths cyclones take, but we need to predict their intensity better to predict people susceptible to their destructive power.

“A 50% increase in intensity can result in a much larger amount of destruction and death.”

Researchers say the results could help to improve storm predictions in regions where fresh water pours into the ocean, such as the mouth of the Ganges or the Amazon.