London 2012: A medal for innovation in the road race?

The London 2012 fleet is bringing new carbon-cutting technology to the roads, from efficient diesel, hybrid and electric cars to advanced software for smart journey planning.

Greening the fleet that will ferry and supply the Olympics’ participants is key to London 2012’s sustainability ambitions.

For the sponsors, it gives them both a trialling ground and a showcase for innovative technologies. Assuming they pass muster, it should speed their adoption more widely. 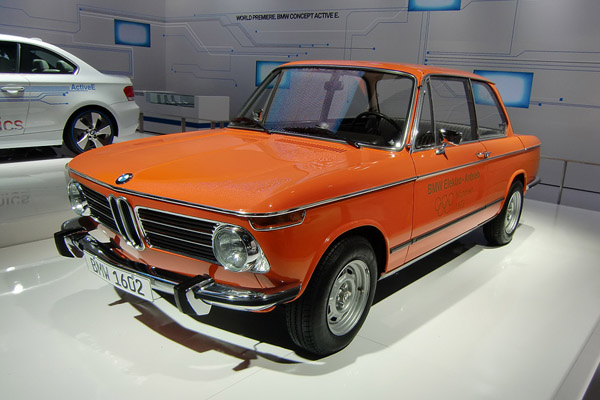 The BMW 1602 Elektro was used in the Marathon at the 1972 Olympic Games in Munich. (Source: Flickr/sixate)

Take BMW, which is providing the full fleet of approximately 3,200 vehicles as part of its role as Official Automotive Partner to London 2012. LOCOG asked for average carbon emissions across the fleet of 120g/km, well below the UK car average of 138.1g/km – but BMW has surpassed this, achieving an average 116g/km.

The German car manufacturer, which also owns brands including MINI and Rolls-Royce, has a history of promoting the greener option at sporting events. Back in 1972 it provided an electric car – the 1602 – for the marathon race at the Munich Games.

It sees London as a chance to test the full spectrum of low-emission solutions, from diesel to hybrid and electric cars, to motorcycles and bicycles – and find out how they stand up to the high demand and strict schedules of a world city on show. For Chris Brownridge, UK Marketing Director at BMW, the London 2012 fleet “shows what BMW technology can achieve today in terms of fuel economy and low emissions”.

Most of the London 2012 fleet consists of BMW’s range of Efficient Dynamics diesels, which meet the EU’s new emissions standard (EU6) two years before it comes into force in September 2014.

The BMW 320d Efficient Dynamics Saloon emits 109g/km, and makes up almost the half the Olympic fleet, on call for everything from the Torch Relay to medical services and route management for the cycling events.

The fleet also includes petrol hybrids and fuel-efficient motorcycles, plus 200 BMW ActiveE and MINI E electric vehicles, which will shuttle medal-winners from the podium to the press centre. BMW recently completed the largest-ever trial of this technology.

Spectators can visit the company’s pavilion in the Park to get a closer look at the cars of the future. Team coaches and race officials will follow the water-based sports on BMW Cruise bicycles, and some of the London 2012 workforce may also be seen cruising between venues on an electrically assisted folding bike, the Pedelec.

However impressive the range of vehicles and their many applications, they can’t simulate the future in any meaningful way without the right infrastructure. One legacy that will outlive the ambitious fleet is a network of 114 EV charging points, capable of a full charge in just four hours. Installed across London, these count towards the city’s target of 1,300 public points by 2013, and are the result of a partnership between EDF and GE, working with TfL.

But electric isn’t the only green power being piloted at the Games. A range of three new advanced renewable biofuels developed by BP will be trialled at the Games, and are expected to fuel more than 100 of the Games fleet.

These fuels offer impressive sustainability benefits which could soon reach the mainstream, explains Phil New, Head of Biofuels at BP. The company has invested $2 billion in its biofuels business since 2006 – demonstrating a level of commitment towards its development far beyond that of a corporate social responsibility sideline. “These are not niche applications”, says New. “We absolutely intend for them to compete with crude [oil] in the future.” 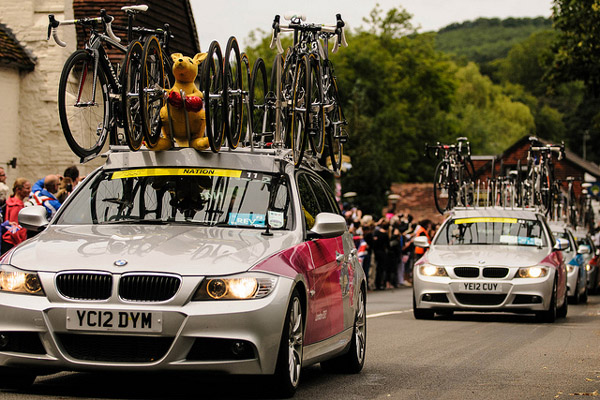 Some of these new biofuels are already close to commercialisation, says New. One is cellulosic ethanol, which uses biochemistry to extract sugars from the entire plant, giving it a 75% carbon saving on conventional petrol. BP has also developed groundbreaking technology to create diesel fuel from sugarcane. And the third fuel is biobutanol, which can be used in higher concentrations than ethanol without compromising engine performance.

The biobutanol is being produced in Britain and could eventually be developed at scale here: New explains that BP’s new bioethanol plant in Hull can be converted for this purpose.

The Olympics will be the first time in Europe that these advanced biofuels have been trialled on a large scale. “Hopefully it will be a catalyst in demonstrating to people that biofuels can be done well and that new technologies are making progress”, said New. “It might shine a more balanced light on the debate, particularly in Britain, where it is more distorted than elsewhere. That would be a positive thing.”

Coca-Cola and logistics supplier UPS are both trialling an innovative low-carbon fuel, biomethane. It’s produced from organic waste, in this case derived from landfill. Coca-Cola is using biomethane as the sole fuel for its trucks, and UPS is combining it with diesel for use in its largest fleet vehicles. Both companies will consider rolling it out in their fleets across Europe, depending on how it performs.

“It’s potentially a really exciting fuel,” says Peter Harris, Director of Sustainability for UPS, pointing out that it’s one of the very few low-emission options for heavy goods vehicles. “If you use waste to generate vehicle fuel, then number one you are cutting down on waste, number two you are not using fossil fuels, and number three it makes a dramatic difference to the carbon footprint of the vehicle. It has a great potential.”

Doug Leaf, Business Development Director of Gasrec, the single supplier of biomethane in the UK, explains that it offers a 70% well-to-wheel CO2 saving on standard diesel.

At present, it only powers 220 vehicles across the UK, partly because of the extra expense of dual-fuel vehicles, and because a refuelling infrastructure is not yet in place. Leaf believes LOCOG could have done more to promote it. This sense of a missed opportunity is shared by Shaun McCarthy of the Commission for a Sustainable London 2012, who said he was “disappointed at the lack of innovation around alternative fuels and the relatively small quantities of advanced biofuel that will be in use”.

Fuel choice is one part of a wider picture, when it comes to keeping road-based emissions down. UPS is also piloting extra-capacity trailers, which allow it to take lorries off the road, and advanced telematics, which gathers information from the vehicle and driver about the day’s operation, so that improvements can be made the following day. This is a powerful tool for driving a more efficient fleet, Harris says.

David Stubbs of LOCOG says he is encouraged by the way the sponsors are using the Olympics as a test bed for new approaches: “Many of the suppliers are fast-tracking things they may have got round to, but maybe not for another five years or more. That in itself is quite a legacy.”

Katherine Symonds, Head of Sustainable Games at The Coca-Cola Company, agrees. Coca-Cola had a fleet of hybrid vehicles at the Vancouver Winter Games, she says, “but London 2012 has given us a reason to accelerate investments in sustainability for our wider business, and to go the extra mile. We’re not just doing this for the Games: all our efforts to cut waste and carbon are ultimately about strengthening our business in the long term”.

This article originally appeared in Green Futures, the leading magazine on environmental solutions and sustainable futures, published by Forum for the Future. Terry Slavin is a freelance journalist specialising in business and environment.