There are very few things you can say about that United States that hold true across the country’s entire bulk – in many cases, somewhere else in the country, the opposite will also be true.

However, when talking about its climate change policy, we tend to talk about US policy as a whole and ignore the variety of sentiment on key issues throughout the States.

The political structure of the country and the autonomy of the individual States means policy can vary greatly from one to the next. Throw in the geographical, cultural and economic differences and it becomes disingenuous to lump the whole country under the banner of the federal position.

Internationally, its influence is huge not just economically but also in terms of influence, technology and politics.

In the first of a series of articles looking at the issues affecting individual states, we travel to Iowa, the agricultural dominated state in the Mid-West. 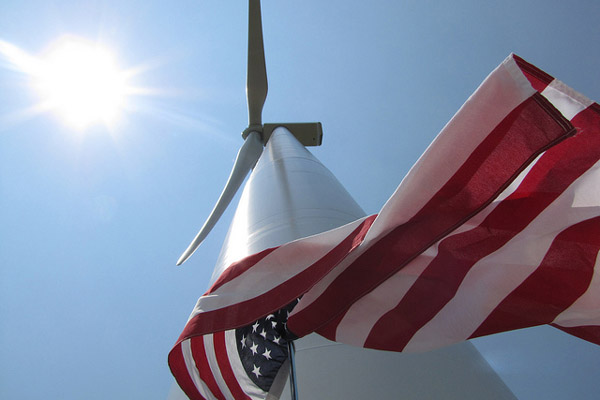 Iowa lads the US in installed wind power capacity and usage. (Source: Flickr/USDAgov)

There are two simple and compelling reasons why Iowa is arguably the centre of the United State’s renewable energy development – it has more installed wind power (20% of its supply) than any other state and it manufactures more turbines than anywhere else in the state.

That’s part of the reason why President Obama chose it to deliver a key energy speech (which made no reference to climate change) earlier this year.

The state has some of the cheapest electricity in the country and relatively low unemployment compared California and others under the grip of the downturn.

The town of Newton, Iowa is a brilliant example of why the country’s powerful Labour Unions and industry lobby groups should embrace not destabilise the clean energy industry.

The Maytag washing machine manufacturer was a major employer in the town since the 1920s. In 2006, a bad run of results and product recalls brought the company to its knees.

Today, the same plants are supporting the town but they are not making appliances to use electricity, they are making blades for wind turbines to generate it. The estimates of how many jobs the US wind energy sector is responsible for range from 37,000 to 100,000 people are thought to be employed in the wind sector in the US. As many as 7000 of those are thought to be in Iowa.

At the end of this year however, while the winner of the US Presidential Election is thinking about the start of the new term, a change in the tax system could jeopardise these jobs. 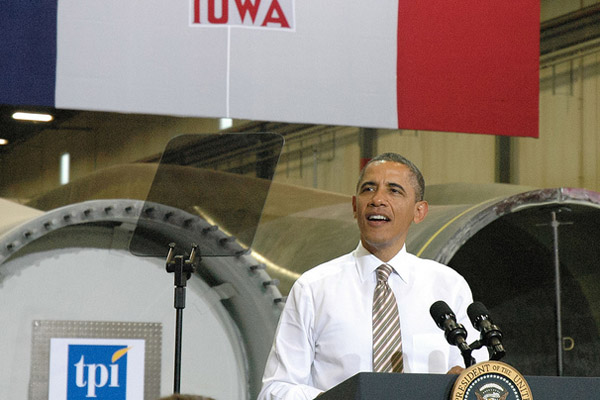 Up in the air

The Production Tax Credit (PTC) that could disappear offers 2.2% in credit per kWh to generators of renewable energy. The Whitehouse expects 30,000 jobs to go if it is allowed to expire at the turn of the year. The American Wind Energy Association puts the figure slightly higher at 37,000.

Obama’s Presidential rival Mitt Romney has confirmed that he would allow the PTC to expire.

“President Obama’s promise to ‘easily’ create 5 million green energy jobs has become a particularly depressing punchline amidst the endless disappointments of the last four years,” said a spokesperson for the Romney campaign.

Harold Prior, executive director of the Iowa Wind Energy Association said that by the end of the third quarter of this year he expected orders to be down to effectively zero.

On August 2 a Senate Committee voted in favour of maintaining support for the PTC in what could be a first step toward its continuation.

But with Romney’s campaign putting the PTC in its cross hairs, the debate is likely to continue in an increasingly ugly fashion.

The largely rural state, like many of its neighbours, has led on wind energy for a while with farms and isolated communities installing turbines long-before the emergence of the climate change debate.

A survey by Iowa State University found that only 5% of Iowans believe climate change is not happening. But only 45% believe it is happening and there is a contribution from human activity.

To attribute enthusiasm for wind energy to a desire to tackle climate change would be at best a stretch. Nonetheless, Iowa is living proof that economic prosperity and the low carbon transition can go hand in hand.

US location: Mid-West in the USA, often called the ‘American Heartland’.

Video: Highlights from the first Senate Committee on climate change in 3 years