Report: World’s air pollution could be as bad as China’s by 2050 without urgent action from governments

Increased levels of air pollution can be expected around the world unless urgent action is taken to cut man-made emissions, according to a new study.

Published in the journal Atmospheric Chemistry and Physics, the study predicts that without new policies citizens  40 years from now will face similar air quality to that of East Asia today.

In 2008 a NASA satellite tracked the progress of a massive plume of pollution from China, caused by forest fires, urban exhausts, power and manufacturing plants – a result of China’s rapid industrialisation. 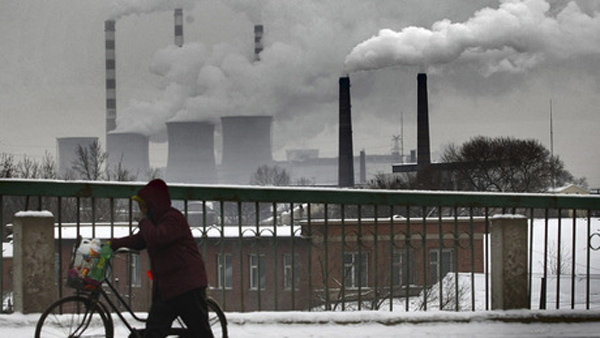 The study found that eastern China and Northern India could be especially affected by air pollution – due to their high population density.

It suggests that if no major policy changes are implemented, East Asia could be exposed to high levels of pollutants such as nitrogen dioxide, sulphur and fine particulate matter – such as those found in smoke and haze as early as 2025.

Air quality would also be reduced in Europe and North America, but to a lesser extent than Asia, say the researchers, largely due to mitigation policies which have been in place for the last two decades.

In Northern India and the Arabian Gulf Region, a marked increase in ozone levels would be expected.

The researchers examined the impact of man-made emissions on air quality on the assumption that past emissions trends continue and no additional climate change and air pollution reduction measures are taken – beyond what has been in place since 2005.

Their findings add urgency to the quest for a binding global greenhouse gas emissions deal – which is scheduled to be agreed by 2015.

The first period of the Kyoto Protocol comes to an end at the end of the year – and countries are currently working to come up with a new agreement for an extension to the Protocol.