The entire London Olympic Games’ carbon footprint could be wiped out if the steelmaker ArcelorMittal cancelled just 3% of its excess carbon emission permits, according to two UK green groups. 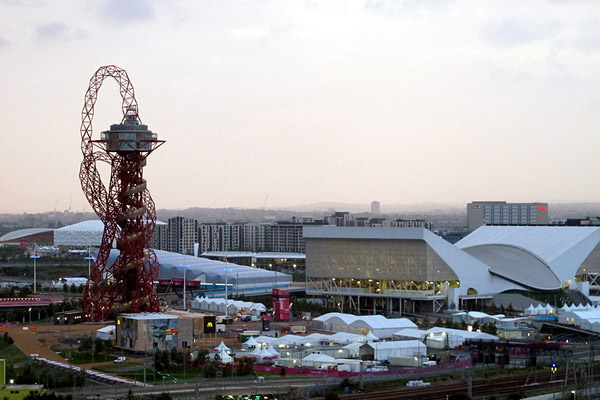 Sandbag says a carbon neutral Olympics would be a better legacy than the ArcelorMittal Orbit Tower. (Source: Flickr/msdeegan)

Climate campaigning NGO Sandbag and Low Carbon Community Network (LCCN) have called on the steel giant, an official supporter of the event, to do just that and eliminate the necessary number of permits.

ArecelorMittal is the single most oversupplied company in the European Emissions Trading Scheme (ETS) sitting on a stockpile of €1.6 bn worth of credits, largely as a result of the recession reducing industrial, and so CO2, output.

Heavy industry was awarded credits for free when the scheme began with the idea being that those using more than their allowance would have to purchase extra allowances, incentivising companies to be efficient.

The firm’s Orbit structure at the Olympic Village has also caused controversy with some questions over the green credentials of a 2000 tonne steel structure.

“For ArcelorMittal, a carbon neutral London 2012 would be a far better Olympic legacy than the Orbit could ever be,” said Rob Elsworth, Policy Officer, Sandbag.

“What is more the steelmaker could achieve this effortlessly by cancelling less than 3% of the spare carbon allowances that European governments awarded them for free. Such a gesture would also help reduce the supply of allowances in the EU emissions trading scheme at a time when it is struggling to remain relevant.”

The Games’ promise to be the greenest ever appears to have been fulfilled but ethical and environmental controversies surrounding corporate sponsors such as Dow Chemical have dogged the event regardless.