Motor vehicles are responsible for 9.9% of global greenhouse gas emissions (GHGs) according to the World Resources Institute.

There are lots of ways to cut this tally from the futuristic ‘pods’ at Masdar City, the roll-out of electric cars, hydrogen fuel cells and investing in vast public transport systems. 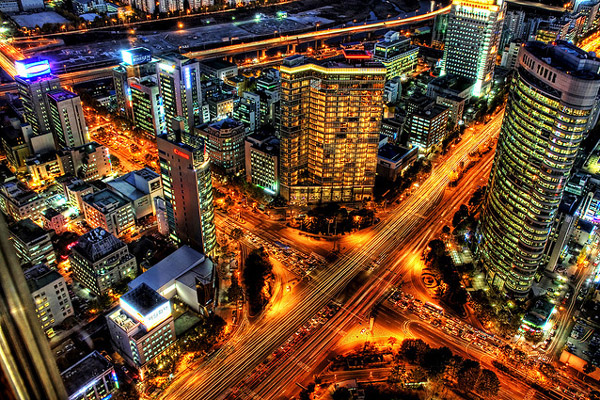 But there are also simpler ways to reduce the impact of today’s traffic on the atmosphere, without making grand technology leaps or asking consumers to dig deep.

The key to this fix, is flow.

Traffic that stops and starts or even worse, queues for long periods of time, results in much more CO2 being emitted, angrier commuters, poorer urban air quality and lots of wasted money.

Railway networks operate fluidly when every train keeps on moving. Stop just one and the knock-on effects escalate rapidly. I speak from experience.

Traffic jams in the air and on the tarmac at airports also create huge volumes of unnecessary emissions. Airport operators such as the UK’s BAA, which runs Europe’s busiest airport, London Heathrow, have identified this problem as one of the most effective methods for them to reduce CO2.

For drivers, the most straight forward way to increase flow is to build more roads.

However, a study by Imperial College highlighted a problem with this.

When you build more roads, the experience improves and access increases. The result, people drive more. The Imperial researchers matched up the additional emissions from this extra travel against those saved from the freer-flowing traffic. The net results suggested that road building was not the answer. 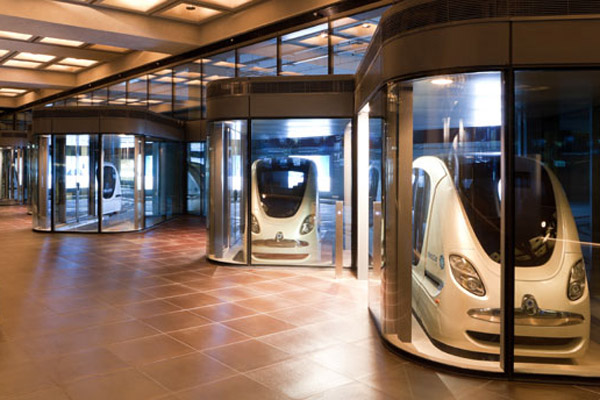 There are ways to keep the traffic moving on the roads without investing in more tarmac.

One common method is to impose additional charges on cars that enter particularly congested areas during peak times. This would be the ‘stick’ method. Not popular and politically ‘difficult’.

A Stanford University Engineering Professor has been working on a much kinder ‘carrot’ system.

Drivers entering and leaving the University complex outside of peak hours are awarded credits for use in an online raffle. Spreading its traffic load beyond the traditional rush hours cuts congestion and emissions. The top prize of $50 may not be enough to let you quit your day job but it has other benefits. 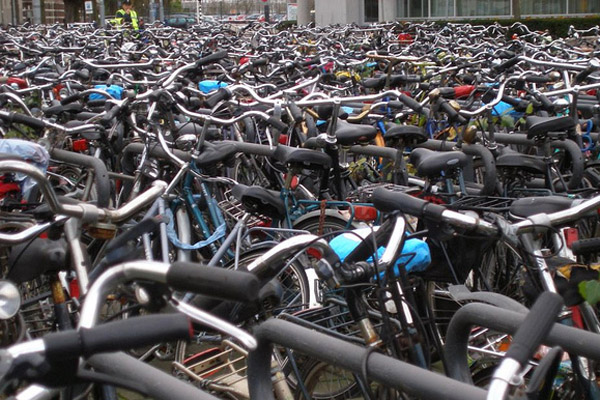 Improving the sustainability of a city's transport needs doesn't have to mean ditching the car. (Source: Flickr/Robthemoment)

Users of the system can view each others’ progress and see when a frequent off-peak traveller is upgraded to a “platinum member” creating a social, aspirational incentive too.

The system’s founder says it is only made possible by today’s technology.

“We couldn’t think about doing this kind of thing in the 20th century,” said Balaji Prabhakar, the electrical engineering professor behind the scheme. “With today’s technology, it’s feasible to install low-cost sensors on a wireless network and make use of new Internet technology.”

Prabhakar’s scheme is even plugged into member’s Facebook accounts to promote their good deeds further.

The technology theme rears its head again on the other side of the Atlantic.

The EU estimates that nothing other than better planning and traffic management could lead to 20% cut in snarl up and 30% fewer accidents. It has proposed integrating its technology and transport reviews to ensure the maximum benefit.

A Brussels White Paper published in March 2011 recommended a widespread roll-out of Smart technology for freight vehicles and a network of infrastructure monitoring. This would create real-time information on which traffic was headed where, and which was going nowhere fast.

The not so subtle alternative

More dramatic ideas are being floated elsewhere in the world but these are expensive, unproven and will take years to develop.

Two plans from China and Taiwan are even more drastic including a train that doesn’t stop, designed to increase the number of passengers the rail networks can carry, and a bus on stilts that passes over the regular traffic (see video below).

London has initiated a new river crossing ahead of the Olympics, opting for a cable car rather than a ferry, a bridge or a tunnel. It’s non-stop motion might be the ultimate in flow, but others would classify it as a gimmick.

Regardless of the method, keeping traffic moving instead of spewing out emissions for no gain makes sense. The challenge finding cost effective ways to keep the growing number of cars on the world’s roads and planes in its skies, from using energy regardless of its source, as efficiently as possible.

Just as with the energy sector however, efficiency and planning are far less sexy than wind mills and solar panels, or in this case electric cars, cycle hire schemes and other legacy projects.

VIDEO: The straddling bus concept makes a degree of sense, but are there simpler ways to keep traffic moving?