China has identified 20 technologies that it will focus on to limit the effect of climate change and help it adapt to resulting impacts.

The strategy has been highlighted by the NGO The Climate Group and was unveiled last month as part of the country’s 12th Five-year plan. 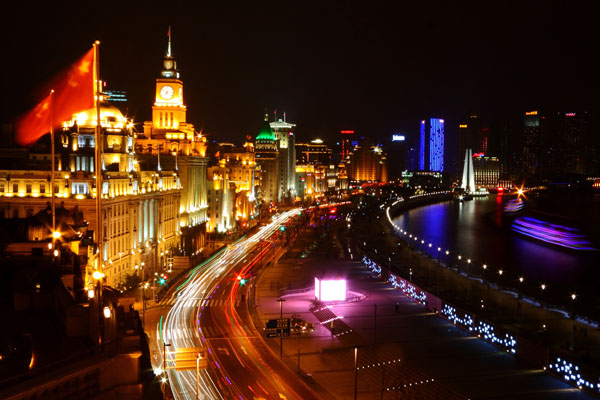 Shanghai and China's other megacities are set for an energy efficiency drive. (Source: Flickr/trioptikmal)

A recent report showed that contrary to previous estimates, per capita emissions in China are now approaching the same level as in the EU. The technologies will be key to delivering on China’s aim to reduce its energy intensity by 16%, to cut its carbon intensity by 17% and to source 11.4% of its energy from non-fossil fuel sources.

Some environmentalists may not be pleased to see shale gas, carbon capture and storage and geoengineering on the list of mitigation technologies. These are viewed by some at best as a distraction to low-carbon energy generation and at worst dangerous follies.

A triple pronged energy efficiency strategy is likely to be more popular however.

The “Specially Designated National Plan on Science and Technology Development in Tackling Climate Change” demonstrates the country’s commitment to clean technology and is consistent with warnings that other nations could swiftly fall behind if they don’t keep up.

Speaking at the UN climate negotiations in Durban last year Christiana Figueres, the UN’s climate change chief said: “It’s concerning and sad that the US has lost leadership, not just politically but perhaps more importantly for them, in their economy.

Despite the competitive nature of developing clean technology sector, Changhua Wu, Greater China Director at The Climate Group, believes the scale of the challenge means no single country will go it alone.

“Tackling climate change is a game of we-are-all-in-it-together,” she said. “A global-level cooperation will provide the right platform for shared innovation and know-how to accelerate the technology R&D, the application of those technologies, as well as the scale up of the applicable and feasible solutions to address the common challenge we all face today.”

John Ashton, former Special Representative on Climate Change for the UK Foreign Secretary previously told RTCC that there was a role for China to play in kick-starting the development of many of these technologies due to the scale it is able to achieve.

Adam Matthews, Secretary General of Globe International, which looks to build a critical mass of legislators to agree and advance effective environmental policies, backs the idea of cooperation. He warns however that there is still much work to be done before this collaboration can be done effectively.

“There is a long way to go before China has a fully-fledged carbon market, or one that could be linked to the EU. But the potential is clear,” he said. “Such co-operation could build low carbon industries in both regions and align the EU to the world’s future largest economy, improve political ties and strengthen business links.”

-Energy saving and scale-up technology of waste energy and waste heat in the production process of iron and steel, metallurgical, chemical and building material industries

-Drought-resistant and high-temperature-resistant plant species selection and cultivation, and pest-prevention and control technology