The report suggests that compromises between the Department of Energy & Climate Change (DECC) and the UK Treasury have resulted in a framework which is likely to fail to support either climate or renewable energy targets.

It is broadly accepted that building a secure, low-carbon energy system requires a series of government interventions to change existing market structures and create conditions that enable low-carbon technologies to compete on a level playing field. 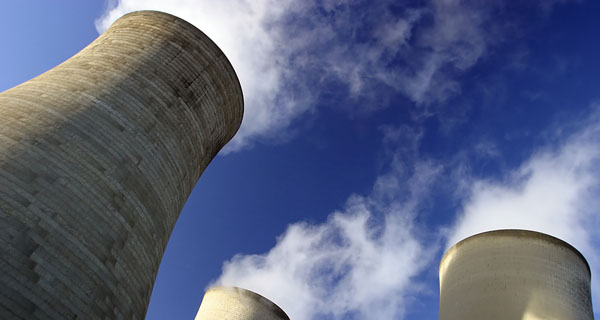 Whatever the regulatory framework may be, in order to effect lasting change governments need to be fully committed to a long-term national energy policy that supports new entrants and provides investors with much needed certainty. In the UK the ‘greenest government ever’ offers yet another lesson in how not to do this.

AT A GLANCE: Key criticisms of UK draft energy bill

The pre-legislative report singles out for particular criticism the bill’s lack of clear objectives, its neglect of demand-side measures, as well as the uncertainty over the legal enforceability of contracts for difference (CfD) created by the removal of government guarantees.

One of the key aims of EMR was to open up the electricity market to new entrants, yet the scrapping of an obligation to buy renewable energy in effect retains the dominant position of the UK’s big six energy suppliers and undermines smaller, independent generators producing electricity from renewable sources. The only reason the Committee did not reject the bill in its entirety seems to have been a fear that this “would lead to even greater uncertainty.”

Learning from past mistakes is not this government’s strong suit and the draft bill is another episode in a series of seeming policy blunders. In late 2011, following a bruising battle between the DECC and the Treasury, the government decided to reduce the solar PV feed-in tariff from 43p to 21p per kWh to reflect the falling cost of solar panels.

The policy failure may be seen in the way in which it was handled. Unexpectedly pulling the change forward by several months had a disastrous effect on investment planning and – despite a later High Court ruling reversing the decision – undermined confidence in the government’s ability to provide a reliable regulatory framework within which the low-carbon sector can thrive.

Next came clarification on the government’s plans for a Green Investment Bank (GIB).  One of the biggest challenges in the transition to a low carbon economy lies in the debt market for project finance, where appetite for risk in investment remains low. Successful financing demands predictable and sufficient return, and that requires the ability to plan the cost of development and construction, cost and supply of fuel source, and the ability to gauge the price of power in the future, in order to estimate return on investment.

Given current economic conditions, the GIB was hailed as the ‘centrepiece’ of the coalition government’s green agenda.  It was intended to provide certainty and the mitigation of risk to private capital, rather than simply funds from the public sector.

Much like the successful programmes run by the European Investment Bank and the German Development Bank KfW, it was intended to provide a stable framework around which private sector investment could be leveraged. Finance could be unlocked through co-investment, first loss debt, insurance for low carbon technologies and infrastructure and even large scale Green Asset Bonds.

Following intense negotiations however, the Treasury ensured that the GIB would not be allowed to raise debt capital until at least 2015. Unable to use its £3 billion capitalisation to leverage private funds on the capital markets, the purpose of the bank has largely been undercut.

Given the need for transparency, longevity and certainty in policy regimes to mobilise capital at a large scale, the draft Energy Bill and EMR look like the next disaster on the horizon. The private sector wanted a long term stable investment environment, with clear statements about targets, compliance and enforcement. What they have currently got instead is more confusion and uncertainty.

Perhaps most importantly the government has signally failed to link its energy policy to its climate policy. No link has been made between the UK’s legally binding carbon budgets and renewables, which would provide a strong positive signal to investors. The earlier introduction of an Emissions Performance Standard (EPS) was at a level likely to encourage investment in gas rather than longer term low-carbon, renewable solutions. The failure of the EMR should clearly be understood as one of unaligned outcomes desired by different departments.

The nature of today’s energy market often prevents new entrants from challenging vested interests, slowing down the adoption of innovative ideas and, thus, the transition to a low-carbon economy. On their own, these new entrants are unable to overcome the systemic bias against clean, low-carbon technologies. Yet they provide potential benefits to the UK economy, reported recently by the CBI to amount to £20 billion by 2015.

It seems the basis of Treasury bias against low carbon technology is less about economic growth and long term climate and energy security than it is about maintaining the status quo in the short term. It has been said that if you get the regulatory regime right, funds will follow. If the goal is the large-scale deployment of low carbon technologies, so far the government seems to be operating a master class in how to get things wrong.

Harald Heubaum is Lecturer (Assistant Professor) in Global Energy & Climate Policy at the Centre for International Studies and Diplomacy, SOAS, University of London.

Felicia Jackson is a UK based journalist. Editor at large of Cleantech Investor, she was founding editor of New Energy Finance and her work appears in the Times as well as in a number of leading energy and business publications.

At a glance: Key criticisms of UK draft energy bill

Will the billions for climate finance be found in Doha?