London 2012 will be the greenest ever Olympics, according to the WWF and Bioregional.

The two groups co-authored the original sustainability strategy in partnership with the organisers of the Games in 2005.

In an updated report published today assessing the organiser’s achievements, the groups confirm this year’s event will out do the sustainability levels of all previous Games. 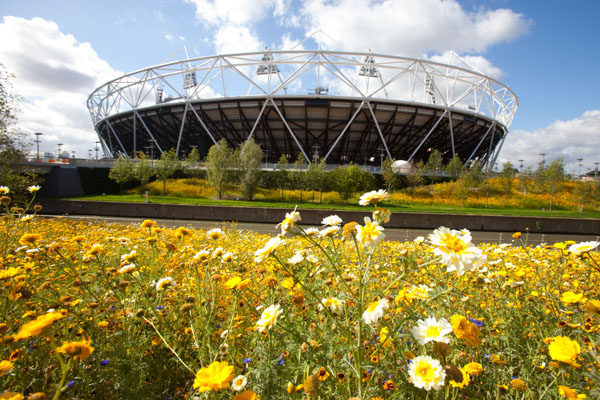 The Olympic Park venues were praised for their high energy efficiency but the lack of renewable energy was criticised. (Source: ODA)

Although the report praised the games recycling rates during construction and the use of carbon footprints as a strategic planning tool, there were areas for improvement.

The response to the rejected proposal to construct an on-site wind turbine was criticised for having no replacement source installed.

Broader concerns surrounding the legacy of the London Games were also identified.

Despite these remaining challenges however, the authors expect the London 2012 strategy to prove influential for future events.

The full assessment of the Olympics’ performance will be released after the conclusion of the Games.

The report card in brief

-No waste direct to landfill

-Promotion of public transport and walking to venues

-Lack of promotion of healthy living