Are there any winners in BP’s Olympic biofuel showcase?

For those of you not living in London with less than two weeks to the Olympic Games, its mark is everywhere.

The Union Jacks out for the Queen’s Jubilee have been replaced with those of all the Olympic nations and the city’s travel system is undergoing a Games makeover too.

The Underground system has been re-labelled to include the key venues. Locals have been urged to “Beat the Games” (i.e. go on holiday or find another way to work) and some roads are closed off for ‘official’ traffic only. 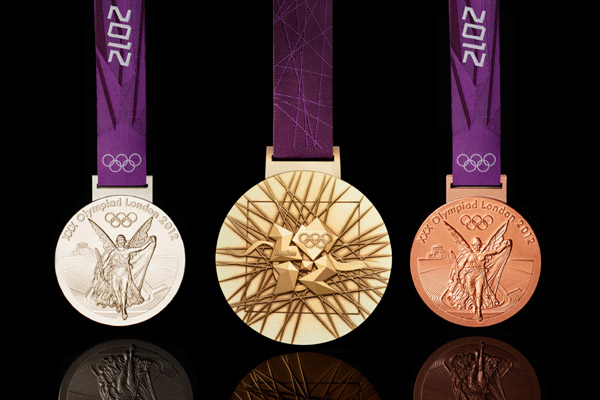 The three medals for the London 2012 Olympics. (Source: LOCOG)

The big corporate sponsors are on show too. We won’t go into the ‘McDonalds ban chips in Olympic Park’ story – although if you’re interested you can read all about it on Tom Chivers’ Telegraph blog.

Among them, BP has announced that three “advanced biofuels” will power 100 of the 5000 strong fleet of official games vehicles. The Olympic sponsor will trial sugar to diesel, biobutanol and cellulosic ethanol.

“These breakthrough technologies will redefine biofuels. By incorporating them in the fuels for London 2012 we have taken the next generation of biofuels from the laboratory to the road,” claims Philip New, CEO BP Biofuels.

So how advanced are these biofuels and more to the point, how sustainable is this increasingly popular form of energy?

First off – biofuel feedstocks, the raw material used to create the fuel, should ideally not cross with food sources, displace land that could be used for food and should require minimal fertilisation.

For these reasons, many disapprove of their use and negative stories about land grabs, food price hikes and corporate greed have muddied the waters further.

Ideally, you want the lowest environmental impact from the feedstock, the most efficient energy conversion to fuel and the lowest emissions when it is burned.

In the Olympic spirit I have awarded each of the three biofuels BP will operate throughout the Games the appropriate medal, based on the sustainability and potential of each technology.

Nothing especially new here. Biodiesel is typically produced from Soya bean oil – putting it in conflict with food supplies.

BP estimates in its Energy Outlook that liquid biofuels could represent 7% of the global total by 2030, up from the 3% tally today.

There will be few fans backing biodiesel to make up that extra four percent.

Verdict: Bronze Medal, by default only

Developed by Butamax (not to be confused with Betamax) a joint venture between chemical firm DuPont and BP, the firm has already developed a demonstration plant for biobutanol and plans to push on for commercialisation.

Biobutanol uses the same feedstocks as ethanol but has several advantages. It can be used in a 5:1 blend with regular petrol and used in standard engines with hopes to increase this to 3:1 in the future. It provides better fuel economy than ethanol and double the greenhouse gas emission reductions.

Verdict: Silver Medal, needs less new infrastructure for storage and transport and could allow older vehicles to run on a quarter biofuel without any modification to their vehicle. Still needs corn, wheat and sugar however. 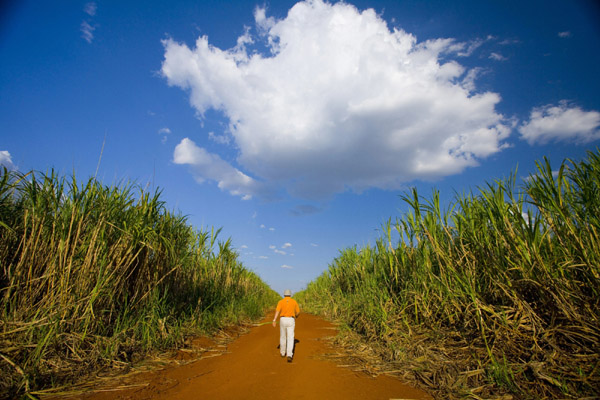 The biofuel industry has plenty of potential but question remain over the sustainability of some technologies. (Source: Copyright BP)

This process is the one that could win round many critics. It allows lower energy grasses that can grow on land where food crops cannot be sustained, eliminating the food versus fuel dilemma. It is then blended with a more traditional fuel and ready to run.

The technology is not yet commercialised but BP were encouraged enough to pay almost $100m in 2009 for Verenium who produced the enzymes required to for the process of extracting the energy from the perennial grasses.

Verdict: Gold Medal but the real reward will come with commercialisation

It’s worth emphasising that Biofuels are an intensely hot topic at the moment – especially given the pressure on the supply of food around the world.

ActionAid has been especially vocal in its opposition to biofuels and is less than impressed with the promise of so-called next generation fuels – and Clare Coffey, Policy Advisor, ActionAid UK has sent us the following statement.

“Given the dismal record of EU biofuels policies to date, it is hardly surprising that people’s hopes are with the next generation of biofuel technologies.

“But if we have learnt anything from the current biofuel debacle, it’s that we need to be absolutely certain that whatever their ‘generation’, biofuels must not involve precious land or water being diverted from growing food to growing fuel.

“With a billion people going to bed hungry every night and the world on the brink of another food crisis, new policies that promote crop based biofuels would be nothing short of immoral,” she added.

RELATED VIDEO: Thierry Nowaczyk from Airbus explains how they are pioneering biofuel powered flights – with an ultimate aim to run planes on a 50% mix