Community and cooperative projects in the UK have the potential to generate 3.5GW of energy if they receive effective government support – according to a leading expert.

That would be almost the same as that from Drax coal power station in Selby which at 3.87GW is the UK’s biggest power station, supplying over three million homes.

Talking at a ResPublica event on community energy, Rebecca Willis, researcher on environment and sustainability said the UK should learn from the examples of the US and Germany in ensure the right environment for small and medium sized projects.

The potential for community owned renewables in the UK is huge, says panel (Source: Mattburns.co.uk/Creative Commons)

The UK government recently released a draft Bill on Electricity Market Reform which they say will keep the lights on, consumers’ energy bills down and create cleaner energy to help tackle climate change.

But the panel, including Willis,  Gareth Thomas, UK Shadow Minister for Civil Society and Chair of the Cooperative Party and Mark Luntley, Chairman of Westmill Wind Farm voiced major concerns that the reforms would not benefit community energy projects and would still favour the six large corporations who dominate the market.

Community energy can come in all shapes and sizes but it is essentially energy which is owned and generated by a local community. This can be from a few solar panels on the roof of a local school or a wind farm producing enough power for over 2000 homes.

It is a concept which is growing worldwide. Thomas says there are lessons the UK can learn from other countries.

“Unlike a number of other countries it [community energy in the UK] is very small at the moment, and the reason for that smallness and what we do about that seem to me an urgent issue,” he said. “If you look at the other parts of Europe – Sweden and Germany in particular – individual and cooperative and community owned energy schemes are growing rapidly.

“If you take the US, 42 million energy consumers are member of cooperatives, they have some 12% of the energy market.”

What community energy can bring

In a time when the UK energy regulator Ofgem says billions of pounds is needed for energy generation, building a community energy market to rival that seen in Europe and the US could provide an additional of source of finance.

“We know how valuable it is if you can add up lots of little £100 and £1000 here and there, you get decent amounts to spend,” she said. “Some of that money would actually have stayed under the mattress.

“We went to River Bain, a beautiful village in the Yorkshire Dales with a hydro scheme and we had people saying ‘I was going to give £200 to my grandchildren and instead I have brought £200 worth of share for them.’ That kind of engagement you see all the time with community energy.

“It could be the solution, not to all the billions, but a decent chunk of the money that the energy system needs.”

Community energy projects not only bring alternative sources of finance, and further investment in low-carbon and renewable energies but also a wider engagement to issues such as energy security and climate change.

Westmill Wind Farm, based on the Oxfordshire borders is one of the UK’s first 100% community owned wind projects. It has found much wider engagement since the success of the project.

“What we find is when people see how much they have generated, firstly they become a lot more interested in the energy hey consumer because they are aware of how it is produced,” said Luntley.

He says the group’s general meetings often now weave discussions on the project with talks from Good Energy, on renewable energy or from Met Office experts on the effects of climate change.

“What has really happened in the area now is there is a Westmill eco-week that has grown out of this,” he added. “We have had a load of businesses which come down and exhibit at the eco-week at the wind farm. None of that would have happened if it had been an E.ON [one of the big six] turbine.”

Westmill is one of the big success stories of community energy. The wind farm has nearly 2,500 members (or shareholders) and generates enough power in turn to power a similar number of homes. 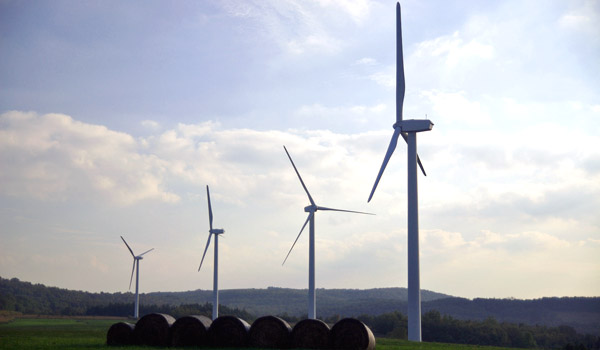 They sell their energy to the Cooperative Energy group and Good Energy – and can then buy their energy back from these companies for domestic use.

But even for this group the journey to this point was hard. Facing 17 objections, the project went through a 15-year planning battle – longer than that for Heathrow Terminal 5.

Many projects are not so lucky to make it through this process, and many more end up remaining in what Willis calls the “small and cuddly box.”

What this means is they remain small – a few KWs installed on a local school – rather than expanding into the MW of supply generation.

The panel agreed that work from all sides needs to be done to push community energy forward and make it provides a significant part of the solution.

The energy market is constructed by regulators and governments – and it needs to be moulded to support community projects.

She explains that while the current system is set up for those at the upper end of the market – the Big Six – tweaks have been made, such as the use of Feed-in-Tariffs and removing very small scale solar projects from planning permission requirements.

However, those who can produce between 50KW – 10MW of electricity find themselves treated the same as a much larger company but without the same capacity in terms of personnel and money. Many projects fail before they have even got going.

The panel say there are looking to government to remove these hurdles.

“We are not looking for special treatment what we are looking for is the removal of some of the obstacles and barriers that community schemes face that the big six don’t face, and corporate don’t face,” said Ramsey Dunning from Cooperative Energy.

He said this was something which would have to start within the UK’s Department for Energy and Climate Change – suggesting a specific role or group was created to deal with cooperative energy – and that a cross department agreement would have to follow to ensure success. 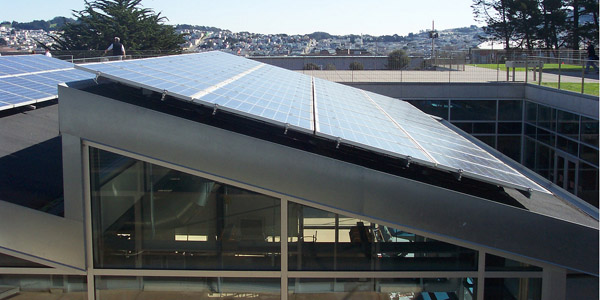 Projects themselves have to be more daring too when it comes to cooperative energy, according to the panel. It’s a movement which has sprung from an idea of counter-culturalism – “heroic amateurism” as Willis puts it – but too many projects are happy to remain in the “cuddly box”.

Willis urged groups to scale up their aspirations. Where larger support is needed groups have plenty of groups to engage with.

The private sector, local councils, existing energy companies and social housing groups could all be options for added support or for the extra finance that may be needed. Collaboration with other cooperatives could provide an option to pool resources and scale up projects.

Communities too need to be open to cooperative energy and support this growing movement. With their support the current successes could be replicated anywhere.

Often such projects are seen a something which takes place in isolated, rural communities, but recent examples have shown this does not have to be the case.

“Brixton energy cooperative have several hundred square meters of solar turbines on an estate in Lambeth and are looking to develop and widen that experience,” said Thomas. “That seems proof to me that community energy and cooperative can work not only in rural areas but in the urban environment very much so as well.”

– LIVING: Transition 2:0 – A story of community and climate resilience in a time of global inaction

– ENERGY: What is sustainable energy?