Podcast: How can countries like Malawi benefit from the UNFCCC’s Clean Development Mechanism? 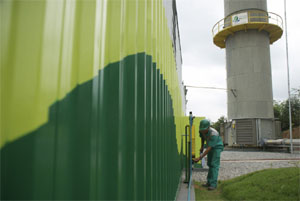 Despite ratifying the Kyoto Protocol in Marrakesh in 2005, Malawi has yet to see the benefits of the treaty’s flagship programme, the Clean Development Mechanism (CDM)

The CDM is meant to aid developed, rich countries to lower their emissions by gaining carbon credits for investing in sustainable development projects in developing countries such as Malwai.

But the thoroughness of the process has left many poorer countries – particularly those in Africa– lacking the capacity to implement projects.

However, as more companies and governments begin to start projects, both voluntary and registered, in countries across Africa, the projects open to countries like Malawi– as well as the benefits of such projects – could be endless.

In the 17th in the series of UNFCCC CDM Radio Club reports RTCC is hosting, Charles Chikapa, a radio journalist inMalawi explores these potential benefits.